European non-assistance: how four-year-old Loujin was left to die 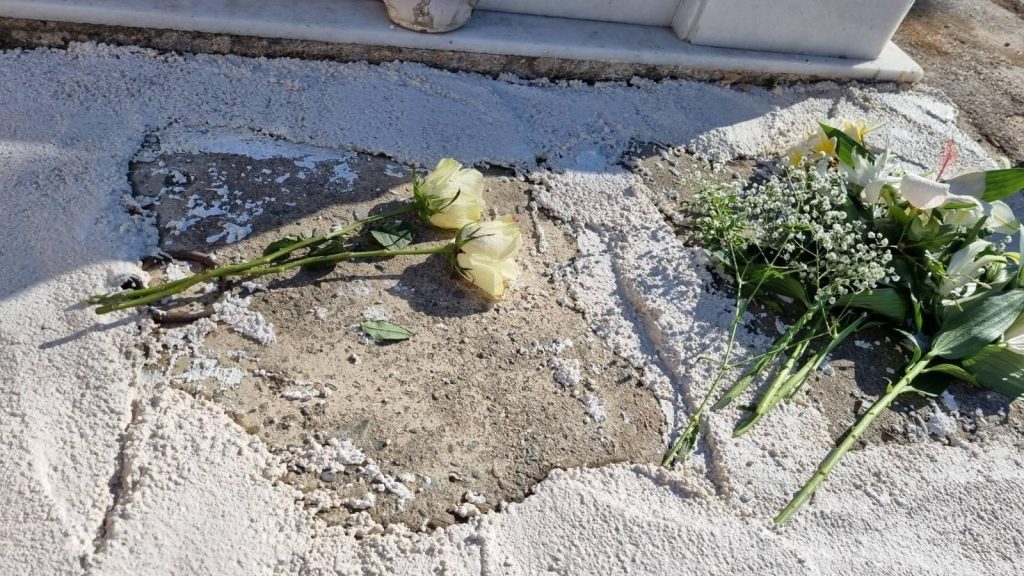 In September 2022, after leaving from Lebanon, a boat carrying 60 people reached out to the Alarm Phone. Despite being alerted, various European authorities, including Frontex, failed to act in a swift and coordinated way. Due to their non-assistance, the people were left at sea for several days. This act of non-assistance cost at least two lives: the four-year-old Loujin Ahmed Nasif and an unborn child.

On 4 September 2022, at 02:07am, Alarm Phone informed the Italian and Maltese authorities about a boat in distress, after we had received the GPS coordinates of the boat from relatives of the people in distress. When we were contacted, the boat had already been at sea for up to 10 days, after leaving from Tripoli in Lebanon. The boat was in the Maltese Search and Rescue (SAR) area but relatively close to the Greek SAR zone and the island of Crete. Over the next three days, the group was left abandoned at sea, leading to the death of a four-year-old and an unborn child, an eight-month-old foetus.

European actors, including the Maltese and Greek authorities, could have prevented these deaths. Merchant vessels were near the boat in distress and could have been instructed to intervene. Instead, they chose to wait and leave the boat abandoned. This act of non-assistance is only one of many. Non-assistance and pushbacks have become systematic and it is also due to this violence that people seek ever-longer and ever-more dangerous migration routes, including the one from Lebanon to Italy. European authorities hold responsibility for these deaths and for the ongoing mass dying along Europe’s maritime borders.

At 10:04h on 4 September, Alarm Phone called the Rescue Coordination Centre (RCC) Malta to alert them about the boat in distress. The officer of RCC Malta took down the GPS position that relatives of the distress had relayed to us and suggested that it would be forwarded.

At 12:35h, Alarm Phone was able to reach the distressed boat directly for the first time. They shared their GPS position and informed us about two vessels in their vicinity – one of them presumably the STI SOLACE that changed course and followed the boat. However, later on, the people informed us that the ships had left the scene without helping them, even though they had clearly indicated their distress. On the phone, the people informed us not only that they had been at sea for many days already, run out of water and food, and were thirsty and feared to die – they also informed us that a child had already passed away.

In repeated email and phone exchanges with RCC Malta, all these details were shared. In the evening of the same day, we received an updated position which showed the distressed still in the Maltese SAR zone but now closer to the island of Crete and the Greek SAR zone. Due to its proximity to the Greek SAR zone, we alerted the Hellenic Coastguard at 22:03h as well as the EU border agency Frontex to the distress situation, requesting immediate intervention. We also informed them about the urgent medical condition of a pregnant woman on board who was reportedly in labour and who was feared to have lost the child.

During the night, we observed at least one merchant vessel (UNO, MMSI: 229667000) relatively close to the last known location of the boat in distress, slowing down its speed. However, when talking to the people on the phone again, they reported that no help had arrived.

At 11:49h on 5 September, we received the information that the merchant vessel UNO had turned around and reached the boat. The crew threw food toward the boat but it failed to reach them, getting lost in the sea. An updated position we received showed the boat in the Greek SAR zone. At 12:27h, we call the Hellenic Coast Guard again about the distress. They copied the position and suggested that they were not responsible for the case as they considered the boat outside of the Greek SAR zone.

At 12:50h, we sent out another email to the authorities of Malta, Greece and Italy, again including Frontex. Then other merchant vessels arrived at the scene: the HA LONG BAY (IMO: 9343625, operated by Pioneer Marine) and the MSC NELA. The people on the boat confirmed that they could see the HA LONG BAY. Later also the vessel MSC NELA (IMO n° 9839296) appeared near the boat. We informed authorities about this development and tried to reach the companies of the merchant vessels in order to find out if they were carrying out a SAR operation.

During the following hours, we tried to reach the boat again and again but were not able to establish contact anymore. Worried relatives continued to reach out to us. Calls to all the relevant authorities in Greece, Malta and Italy brought no results and they failed to share any information concerning SAR activities with us.

In the meantime, first news reports began to emerge, some suggesting that the boat was being rescued to Greece in an operation coordinated by the Hellenic Coastguard. At the same time, they also reported that one child had died despite being evacuated to a hospital by helicopter.

At 21:27h on 6 September – thus more than 24 hours after our last contact to the people and nearly three days after first having informed authorities about the distressed boat – JRCC Piraeus confirmed the rescue of the boat under its coordination, stating that the passengers would disembark in Greece. The officer on the phone also confirmed the death of the girl to us. According to articles appearing in the local media, the people were rescued by the merchant vessel BBC Pearl and disembarked in nearby Crete.

As it turned out later, the pregnant woman lost her unborn child. On 16 September, the child and the unborn child were buried in Crete in a ceremony with family members and together with local activists. At the same time, in Valetta, Malta, dozens of people came together to commemorate the cruel deaths and to protest against the policies responsible for them.

We can only repeat what we said on that day: Why was 4-year-old #Loujin left to die? We had alerted Maltese & other EU authorities again and again about this boat in distress in #Malta SAR zone. Merchant vessels were nearby & could have intervened. This was not a “tragedy”. #BordersKill

This deadly incident was caused by the non-assistance of European authorities. RCC Malta failed to respond to repeated distress calls over several days. The Hellenic Coastguard failed to react over many hours – a deadly delay. Also the Italian authorities and Frontex could have acted but failed to do so once more.

The death of Loujin and the unborn child are crimes against people on the move. A crime that took place in front of our very eyes. Alarm Phone and others had alerted not only EU authorities but also the public to this situation – yet, the children were left to die. We will not cease to support people on the move while they try to survive Europe’s deadly borders and migration policies.

End this war on migration!
End the impunity on border crimes!
Freedom of movement now!