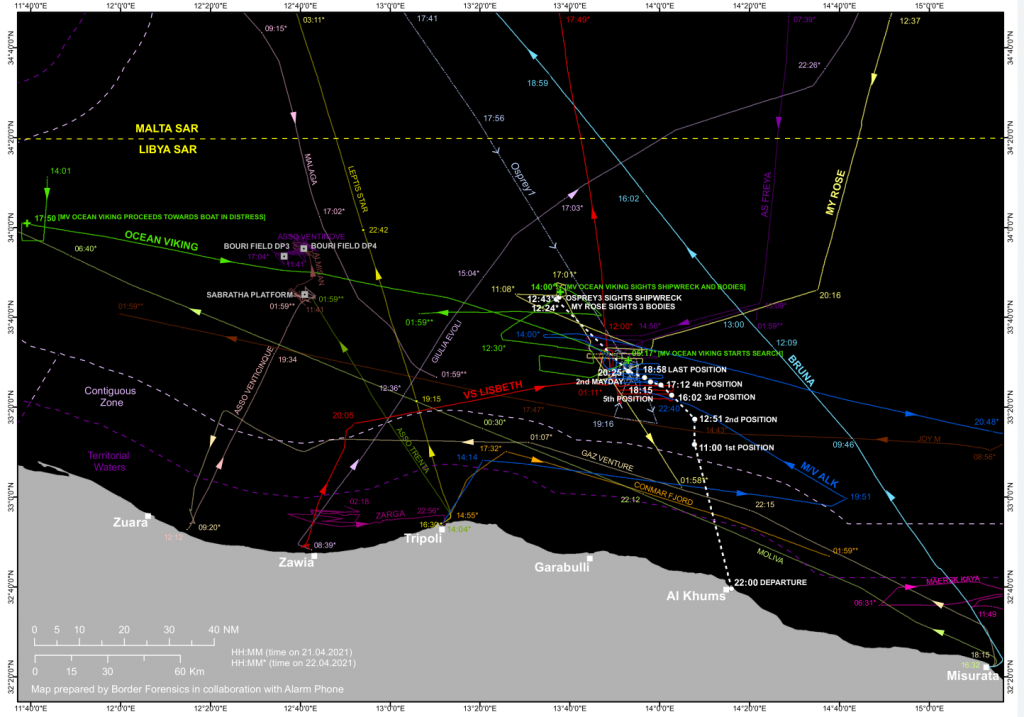 One year ago, on April 21 2021, a boat with about 130 people on board was abandoned in the Central Mediterranean sea in worsening weather conditions despite their repeated calls for help. The following day, the NGO vessel Ocean Viking could only spot the boat’s wreck and a few floating bodies, after having navigated at full speed towards their last known location through the night.

The reconstruction of events produced by Alarm Phone and Border Forensics tragically reveals how all possibilities for rescue were consciously ignored, and how the boat was knowingly abandoned to its fate. 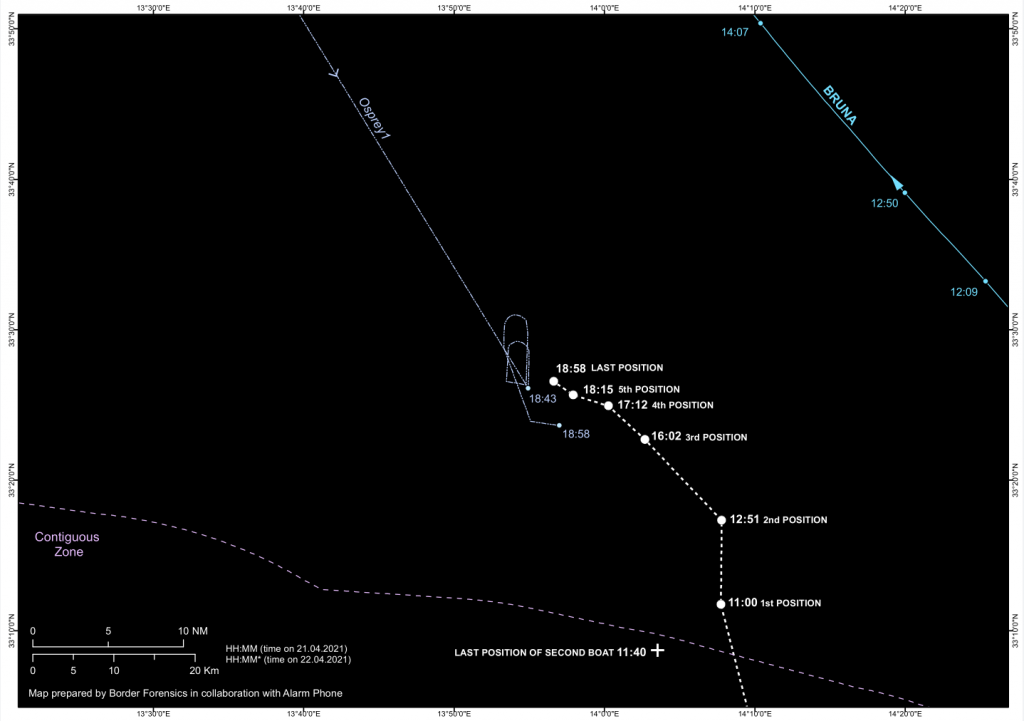 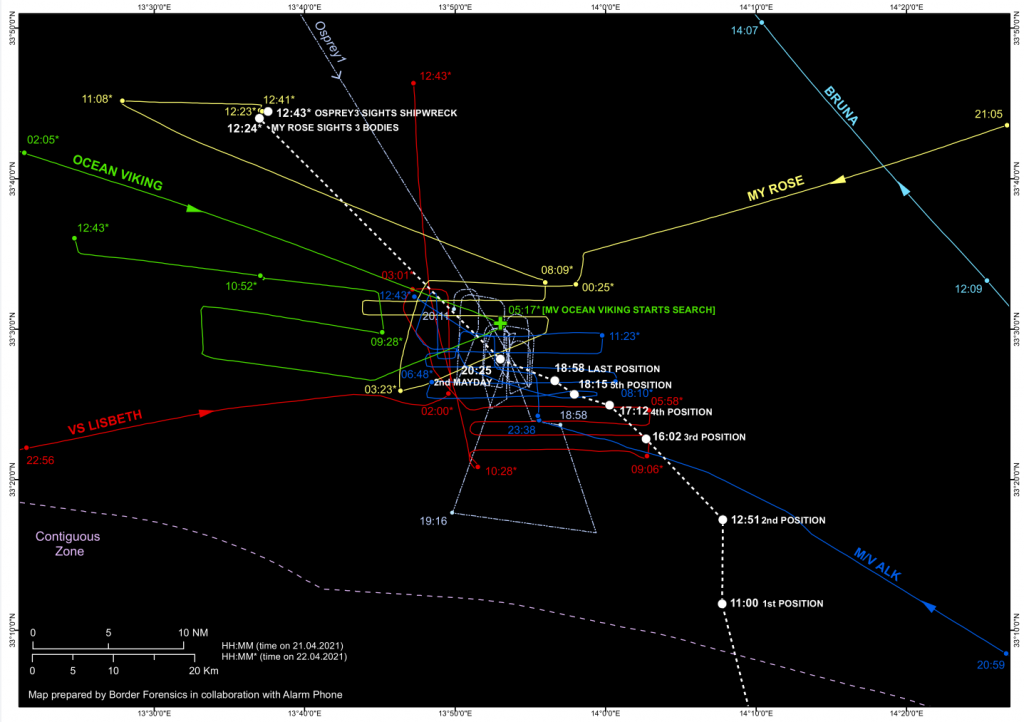 On the anniversary of this harrowing event, we want to remember the missing, whose absence continue to haunt the communities they belonged to. We ask authorities to finally disclose all the information in their possession, as only then the responsibilities of all actors involved might be established.

Since then, despite the public outcry for the events, nothing changed in the Central Mediterranean sea. We kept witnessing dozens of visible and invisible shipwrecks, we kept receiving requests from families about loved ones who disappeared at sea, and we kept denouncing authorities’ responsibilities for creating this violent border regime. We demand an end to this violence, which can only be achieved through the abolition of borders and freedom of movement for all.