The Many Faces of a Shipwreck 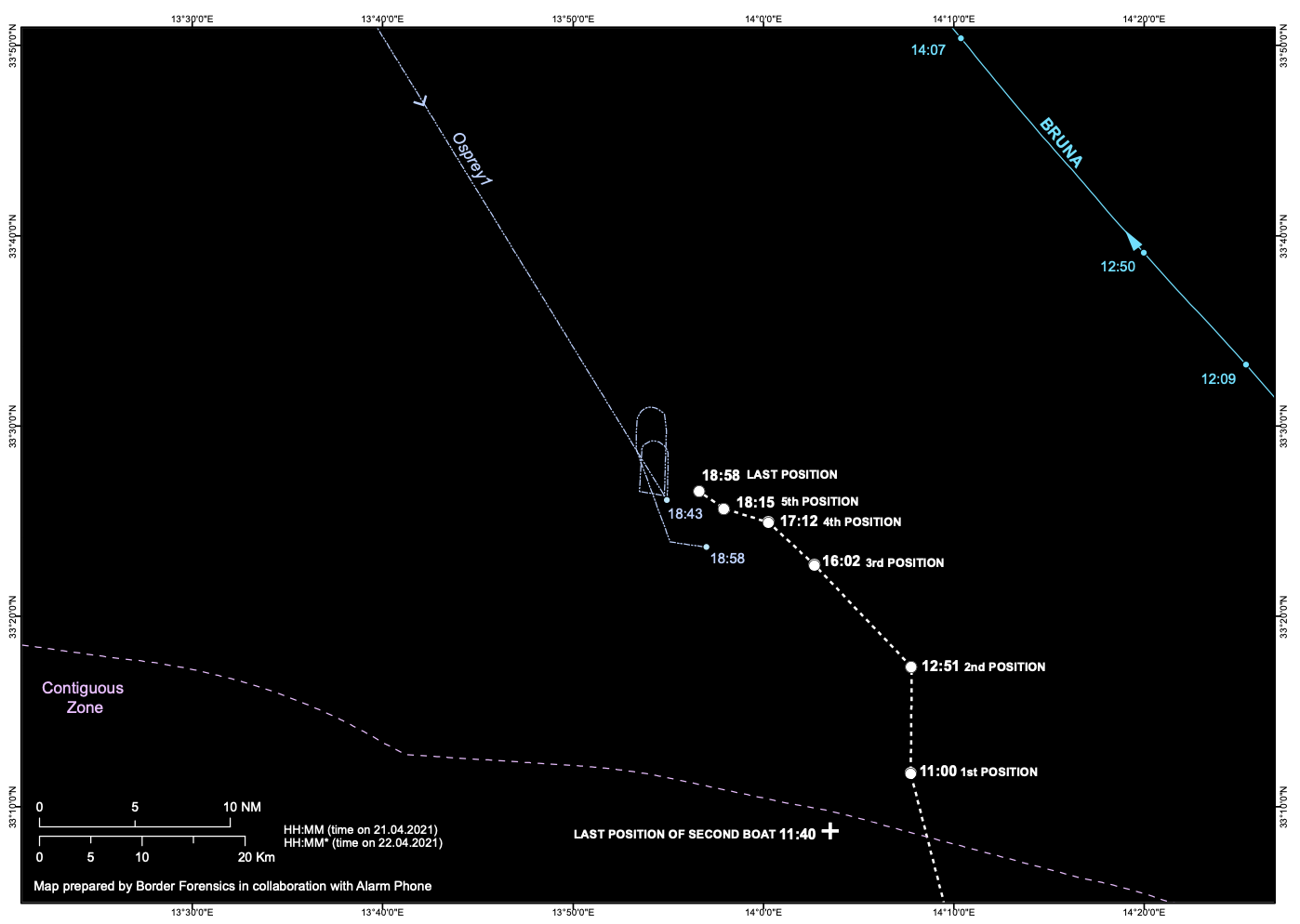 On April 22, 130 people lost their lives off the coast of Libya. In order to ascertain the possible criminal relevance of the conduct that configured the shipwreck, the representatives of some organizations and some lawyers [the Comitato Nuovi Desaparecidos, the Open Arms Foundation, the Associazione Studi Giuridici sull’Immigrazione Asgi, Alarm Phone, Mediterranea Saving Humans, Arci, Progetto Diritti and, on their own, Senator Gregorio De Falco, lawyers Alessandra Ballerini, Emiliano Benzi, Michele Calantropo, Stefano Greco, Serena Romano, Arturo Salerni] have submitted a complaint addressed to the Prosecutor’s Office of Rome.

Border Forensic recently reconstructed the story in a newly released paper, you can find it here.

It is essential to focus on the specific role of the public and private, national and European, actors operating in the central Mediterranean, who, with their active or omissive behavior, contribute in a decisive way to configure the shipwrecks. To briefly review some of the salient events that took place between April 21 and 22 is necessary to give a political sense to yet another collective death at sea and reflect on the responsibilities of the institutions involved.

Thanks to Alarm Phone we have timely news of the very difficult conditions in which, since April 21, the dinghy with 130 people on board was sailing. Starting from the first telephone contact between the boat and the activists, one after another, multiple attempts were made by Alarm Phone operators to make the authorities take action to reach the raft and save the people. There followed a dramatic series of phone calls between the people on board and the operators, in which the migrants told of the rapidly worsening sea conditions, the panic on board and the exhaustion of the batteries.

Alarm Phone tried incessantly to solicit rescue, but the Italian and Maltese authorities did not take any functional action for the rescue, nor did the so-called Libyan Coast Guard rescue the people. Alarm Phone also tried to contact the owner of the merchant vessel M/V Bruna, which was sailing not far from the dinghy, but the private vessel did not come to the rescue either.

With the further worsening of navigation conditions, Alarm Phone tried to solicit the intervention of Frontex, which with its aircraft based in Lampedusa could facilitate the identification of the dinghy, but once again the request of activists had no feedback.

The exhaustion of the batteries prevented further communication with the 130 people. The boat Ocean Viking, which intervened to try to provide rescue, came across the bodies lost at sea on April 22.

It is really difficult to speak of a tragedy if the final act – 130 people lying lifeless at sea – is the precise product of the failure to intervene by multiple actors, public and private. The judicial authority has the task of ascertaining the criminal dimension of the authorities involved. To all of us, however, is given the equally important task of taking a position in front of yet another collective death at sea.

This shipwreck – like the long series of similar events that preceded it – is not the result of chance, it is not politically neutral. It is the precise product of the actions and policies of Italian and European institutions. We have the historical responsibility to keep repeating it in every useful forum: it is essential to overturn the logic that governs the central Mediterranean and to prepare, quickly and effectively, structural and public rescue operations at sea.