Chain of push-backs from Tunisian ports to the Libyan desert! 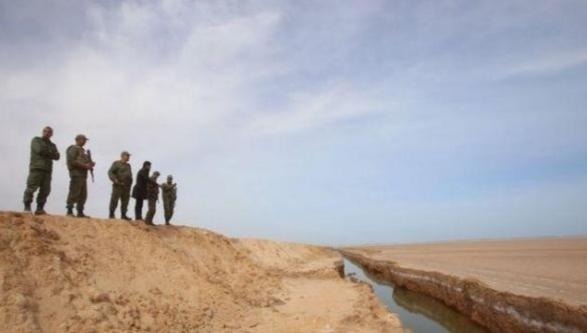 During the night of Sunday to Monday 27 September 2021, several boats departing from the region of Sfax were intercepted in the Mediterranean Sea by the Tunisian Maritime Guard, according to various testimonies.

While those of Tunisian nationality were released, those of sub-Saharan origin were forcibly taken to southern Tunisia.

Rather than being handed over to organisations such as UNHCR, IOM or the Tunisian Red Crescent, which are supposed to be present at the disembarkation points, they were then abandoned by the Tunisian National Guard in the desert near the Libyan border.

“We were still tired from our sea journey, and the Tunisian authorities dropped us in the middle of nowhere, near Libya. The guards threatened to shoot us if we refused to cross the Libyan border,” said one of the witnesses.

Still today, the fate of the hundred or so people who were pushed back on Monday remains uncertain.

One person told us how she had tried to hide a pregnant woman who was unable to move. She was forced to give birth in the middle of the desert before being transferred by the Tunisian Red Crescent with her newborn baby to a hospital in Ben Guerdane.

Another group was abducted on the Libyan side near the border by kidnappers demanding $500 per person for their release.

Other people are currently still blocked at the border, at Ras Jedir, caught between the Tunisian security forces and Libyan militias, who, according to testimonies, raped the women in the group. Among them, several are said to be pregnant, one of them 8 months old.

For six days now, these people have had no access to health care, water or food. They are dehydrated, exhausted, traumatised: their lives are in danger!

Despite numerous alerts from civil society on the situation of extreme distress in which these people find themselves, the Tunisian authorities have remained silent, trivialising the practices of refoulement of exiled people to a country where they risk imprisonment, forced labour, torture, and various forms of gender-based violence.

The responsibility of the Tunisian authorities should not, however, overshadow the role of the European Union and its Member States. In recent years, the EU and its Member States have been steadily strengthening their cooperation with Tunisia to stem the flow of people on the move seeking to cross the Mediterranean.

European support programmes for the National Maritime Guard aimed at strengthening its interception capacities have multiplied. For several months now, the European agency Frontex has been monitoring the Tunisian coastline using satellite images, radar and drones, with the aim of detecting boats as early as possible and alerting the Tunisian authorities so that they can take charge of maritime interceptions themselves.

The EU and its Member States are thus directly supporting authorities involved in serious human rights violations. In recent months, several attacks on boats by the Tunisian coast guard, resulting in numerous casualties, have been reported to Alarm Phone.

While the IOM and UNHCR are supposed to be present at the moment of disembarkation, the silence of these UN agencies, supposedly in charge of the protection of intercepted migrants, raises questions: how is it possible that this “incident” could have escaped their vigilance?

Whether by their silence or by their direct support, these various actors of the policies of externalisation of the European borders are accomplices of these chain of refoulements, which, from the sea to the Libyan desert, put hundreds of lives in danger!

Freedom of movement for all!