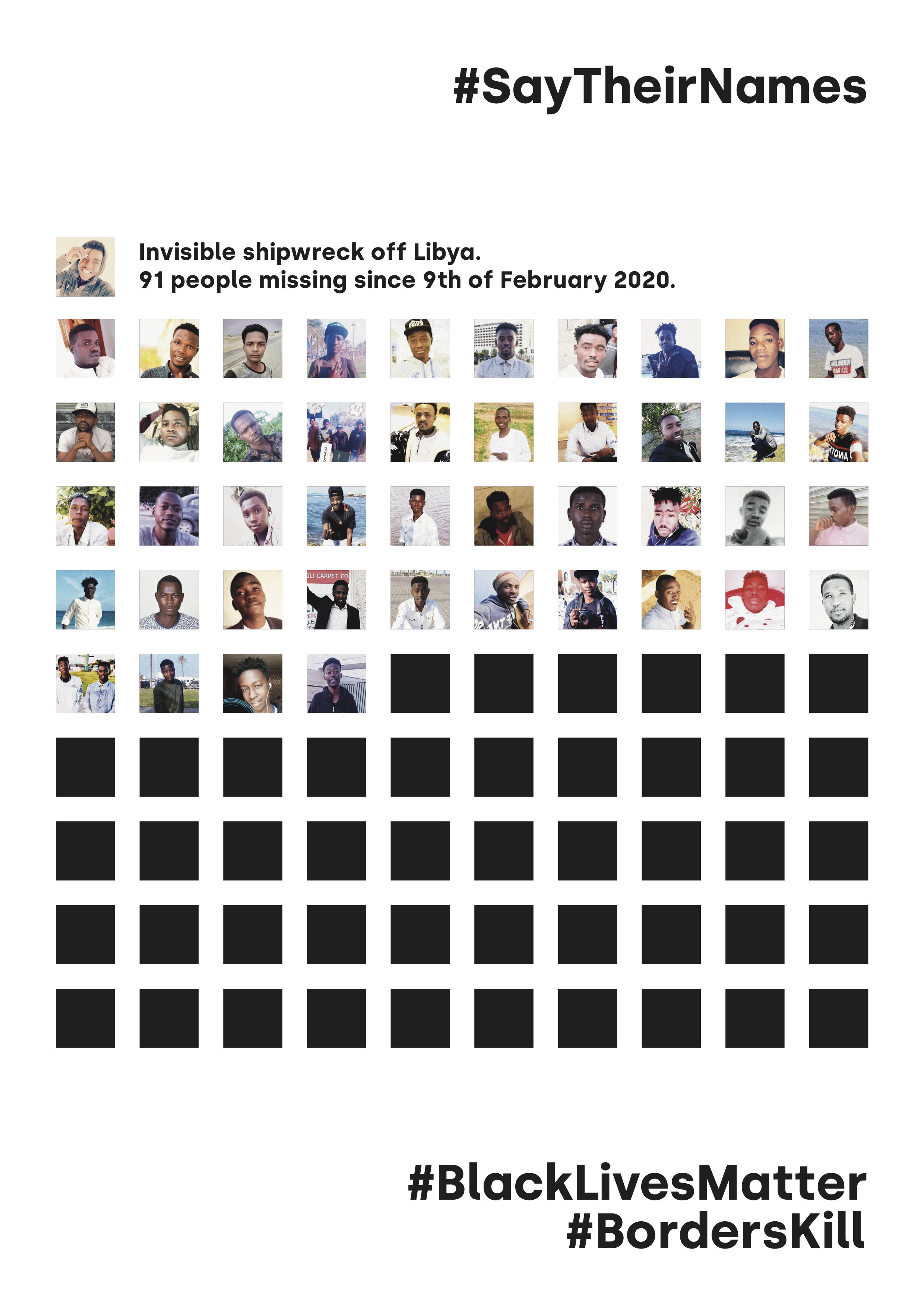 CommemorAction!
Commemorate the dead of the border regime.
Solidarity with the families of the 91 people lost in the Mediterranean!

On 9 February 2020, the Alarm Phone received a distress call from a rubber boat with 91 people in distress just off the coast of Libya. The boat was losing air, the engine had stopped working and people had already gone overboard. Activists of the Alarm Phone informed all the relevant authorities, but no rescue operation took place and soon the people were no longer reachable. See here for the full Alarm Phone report.

The accident stands as one of countless “invisible shipwrecks” in the Mediterranean Sea. While relatives and friends never heard from the missing people again, the responsible authorities still do not comment when asked. The accident and the missing 91 people are not even included in any statistics of deaths at sea because no survivors can testify that the accident ever happened. Without official recognition, it is even harder for the bereaved to mourn their dead.

On 9 February 2021, on the anniversary of the tragedy, families of the 91 missing people will organise a demonstration in Al-Fashir (Darfur, Sudan), where many of the bereaved live. In solidarity with them, Alarm Phone activists are calling for the 91 missing and all unknown drowned to be remembered with solidarity actions in several European cities.

We want to make the memory of the dead of the border regime visible, every single death is important and to be mourned. We want to show the families and friends that they are not alone in their grief and anger. When people die during their crossing of the Mediterranean Sea, these are not accidents. They are part and consequence of a political system based on exploitation and exclusion.

Decentralised commemorative and protest actions will be organised on 9 February 2021: CommemorAction! In reference to the active relatives of the missing in Darfur and Tripoli, these activities will take place at least in the following cities: Palermo, Latina, Tunis, Marseille, Toulon, Strasbourg, Paris, Brighton, Berlin, Hamburg, Leipzig, Cologne, Frankfurt, Freiburg, Amsterdam, Zurich, Vienna.