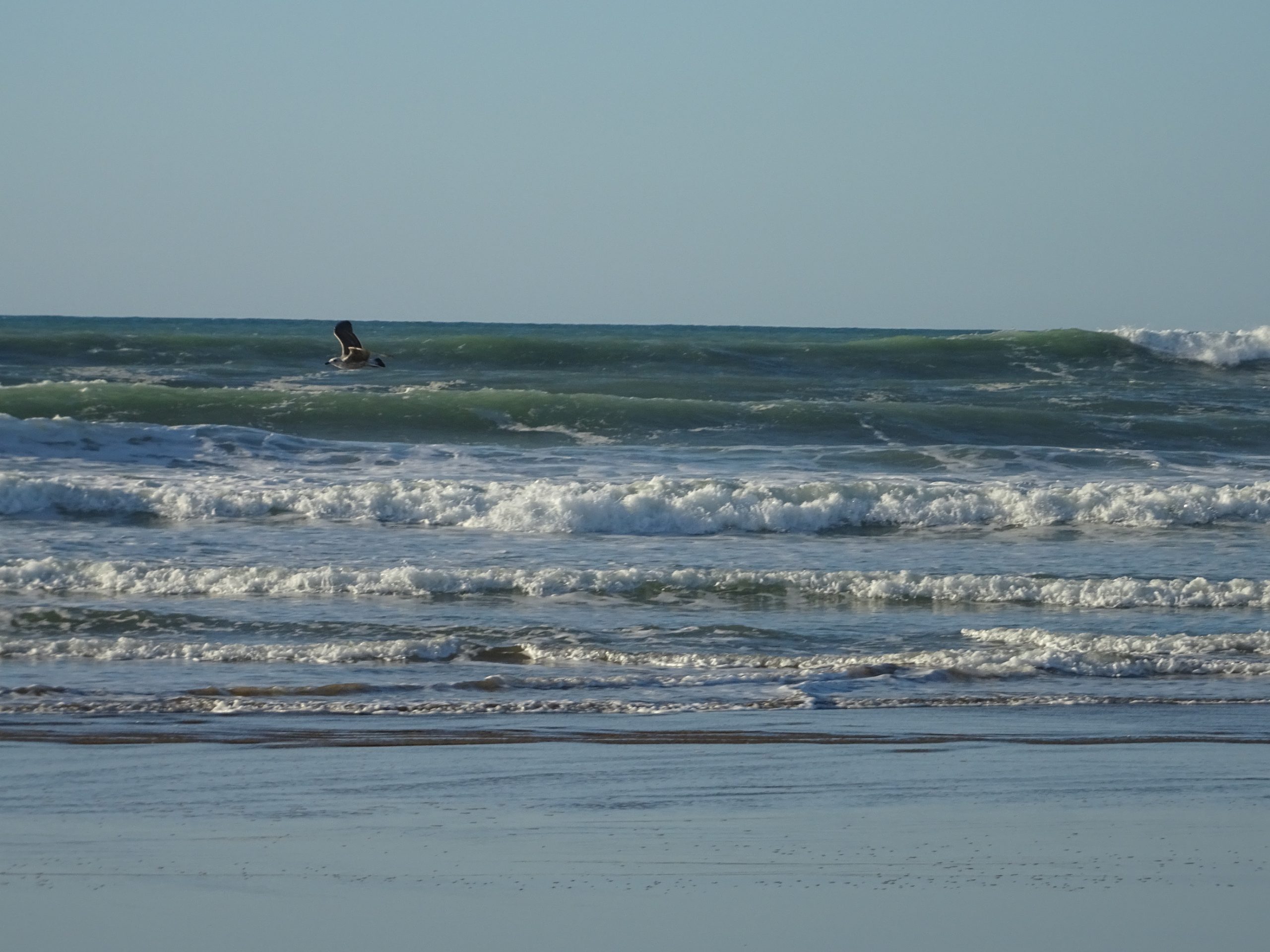 Silence from all relevant authorities on the presumed shipwreck of 9 February 2020. All 91 people who were on the boat in distress that alerted the Alarm Phone are still missing and their families are still desperately looking for them. The Alarm Phone, journalists and international organisations have demanded answers from European and Libyan authorities. However, they refuse to cooperate and hide their own implication in this mass disappearance off the coast of Libya. This report provides evidence we have collected over the past 5 weeks which is mostly based on the testimonies of relatives and friends of the missing. We have gathered the names and pictures of 13 missing individuals but have decided against releasing them out of respect for their privacy and dignity.

How long will they have to live with this uncertainty?

About one month ago, on 17 February 2020, the Alarm Phone sent an open letter[1] to RCC Malta, MRCC Italy, authorities in Libya, Frontex, UNHCR, IOM, Moonbird and Aita Mari in order to request information about the potential shipwreck of a rubber boat with 91 people on board, which seems to have occurred on 9 February 2020. We have not received any reaction or information from relevant state and EU authorities. This long silence is worrying.

In contrast to this institutional silence, several relatives and friends of the missing have been in regular contact with the Alarm Phone. During the past five weeks, we have collected several testimonies from friends and relatives, including names and pictures of 13 missing people, who all embarked on a black rubber boat in Garabulli, Libya, on the night between 8 and 9 of February 2020.

Most of the relatives and friends told us that they had spoken to the now missing people just before their departure. They have not heard from them since. It is highly unusual that such a large group has not been in contact with relatives and friends – even when detained in Europe or in Libya, word of their arrival or return commonly spreads in migrant communities.

During the last dramatic phone conversation between the Alarm Phone and the people on the boat, in the early morning of 9 February, the migrants told us that they were in extreme distress, that their boat was deflating, the engine not working and that some people had already gone overboard. They were asking for immediate rescue. Since this last conversation they have disappeared. Their families keep on asking us where their loved ones are and what happened to them. Unfortunately, due to the silence of authorities, and their unwillingness to cooperate, we have been unable to give answers to relatives and friends. How long will they have to live with this uncertainty?

As documented in the open letter we sent to the authorities on 17 February, the Alarm Phone reached out to the Libyan, Maltese and Italian coastguards several times on 9 February to mobilise rescue for the distressed at sea, but none of them responded adequately. The Libyan authorities told us that they were not able to conduct Search and Rescue (SAR) operations as “their detention centres are full” and since they needed to solve this issue with “higher authorities”. Italian and Maltese authorities responded that they would not take responsibility for this distress case because the boat was located within the contested Libyan SAR zone, although it was within international waters. Since then, several journalists and organisations have tried to obtain further information about the missing boat but have received no, or flawed, responses.

The Italian coastguards (mis)informed a journalist that the 91 people had been rescued by the so-called Libyan coastguards. However, we have gathered evidence that the Libyan coastguards had not carried out any interceptions on that day. On the day after, 10 February, a boat with 81 people on board was intercepted by the Libyan coastguards but according to the International Organisation for Migration (IOM), who was present at the disembarkation point and collected data on the arrivals, and according to the testimonies and evidence we have collected, this boat cannot be the boat in question. The intercepted boat does not match the missing boat in terms of the number of people on board, the composition of the group (gender and nationalities), the timeline of the events, and its last recorded location.

Moreover, the speculations that the boat was rescued by the Armed Forces of Malta (AFM) have proven to be wrong. In the late evening of 9 February, AFM rescued 84 people in distress in a joint operation with the Libyan authorities. The rescue took place within the Maltese SAR Zone, at 34°36’N 013°56’E”. The NGO vessel Aita Mari was at the scene and monitored the SAR operation. The 84 people were disembarked in Malta in the morning of 10 February. While several actors have suggested that these were the same people who alerted Alarm Phone, we can confirm that also this boat is not the one in question. According to the testimonies of those rescued to Malta that evening, they were on board of a white rubber boat (instead of a black boat), they had spent around 26 hours at sea, and they did not reach out to the Alarm Phone as they did not have a satellite phone on board.[2]

Migrants in Libya who were informed about the departure of boats, confirmed to us that on that day, in the evening of 8 February, three migrant boats had gone out into the sea: two black rubber boats and one white rubber boat. After matching all the gathered evidence, we can sadly conclude that while the white rubber boat was rescued to Malta and one black boat (with 81 people on board) was intercepted to Libya the day after, the black rubber boat that contacted the Alarm Phone is still unaccounted for.

The Missing Migrants Project of IOM informed the Alarm Phone that the remains of two people were retrieved off the shore of Dafiniya, respectively on 22 February and on 26 February. Testimonies from other people in Libya stated that about seven bodies were found nearby Tajoura and Khoms. It has been confirmed that the bodies had been in the water for about 2 weeks but, unfortunately, it has been impossible so far to reconstruct their identities. While only indicative, these washed-up human remains point to a recent shipwreck.

Solidarity with Families and Friends: They need to know

We stand in solidarity with the families and friends of the missing. We are sad and angry because we cannot give definite answers, because the families may never find clarity about the fate of their loved ones, because the bordered Mediterranean Sea keeps on taking lives. We are angry because the authorities’ silence is intentional, as is the disappearance of migrants at sea. Their death is not an accident.

European and Libyan authorities were well informed about the distress of the 91 people and they should have intervened. Their silence about the events is indicative of their unwillingness to take responsibility for what happened. If all these individuals have lost their lives, their death is once more the result of European migration policies and the externalisation of borders to North Africa and elsewhere. Restricting safe travel routes and forcing people to cross the sea are the underlying and systemic causes for this ongoing violence. The Mediterranean is a liquid cemetery because European states and authorities refuse to put an end to these lethal policies. Instead, they restrict SAR operations, criminalise NGO rescuers, and actively hide their own implication in the disappearance and killing of people at sea.

We will keep struggling to end these racist policies that consider some lives disposable and ungrievable. We will keep investigating and documenting the mass violations of human rights at sea. We will continue to stand beside survivors and the friends and relatives of the missing to hold authorities responsible for the crimes they commit.

[2] According to the testimonies, it seems that the Armed Forces of Malta (AFM) arrived first on scene where the white rubber boat was in distress. AFM deployed smaller boats to check the condition on board and then distributed life jackets. However, they then told the migrants that they had to wait before the rescue process would be launched. Ten Minutes later, the so-called Libyan coastguards arrived. The Libyan vessel positioned itself between the boat in distress and the AFM vessels and started dragging the boat towards Libya. At that point, many migrants jumped in the water, including six women, of whom one was pregnant. Only at that point did the AFM intervene. AFM then started to take people on board while the Libyan coastguards left. The migrants also stated that there was a white airplane in the area.