On Friday the 18th of October 2019, in the afternoon, the Alarm Phone was contacted by an overcrowded boat in distress, carrying approximately 50 migrants. They had fled from Libya and were in the Maltese Search and Rescue (SAR) zone when they first alerted the Alarm Phone. The Alarm Phone informed RCC Malta via email and received acknowledgement of its receipt. However, afterwards we tried to call the Maltese authorities throughout the afternoon and the early evening to provide them with updated GPS positions which we had received from the boat in distress, but they could not be reached. When we finally managed to reach RCC Malta at 21.30h CEST – about seven hours after our initial call at 14.40h CEST and two hours after a call where Malta refused to give us any information – they told us that the so-called Libyan coastguard had intercepted the boat from within the Maltese SAR zone.

As the below chronology of events demonstrates, while Malta was monitoring the boat in distress with air assets, the Armed Forces of Malta were not sent to rescue the boat in distress. Instead, the Maltese authorities waited for the so-called Libyan coastguards to enter the Maltese SAR zone, to intercept the group of migrants in distress, and to return them to the place they had escaped from – Libya. The closest port to the rescue location would have been Lampedusa (41nm), but the so-called Libyan coastguard brought them back to Tripoli (Libyan coast, Abu Kammash 110nm). After being disembarked in Tripoli, the people were transported to the Triq al Sikka detention center*, which is well known for its inhumane condition and the grave human rights violations that occur there. 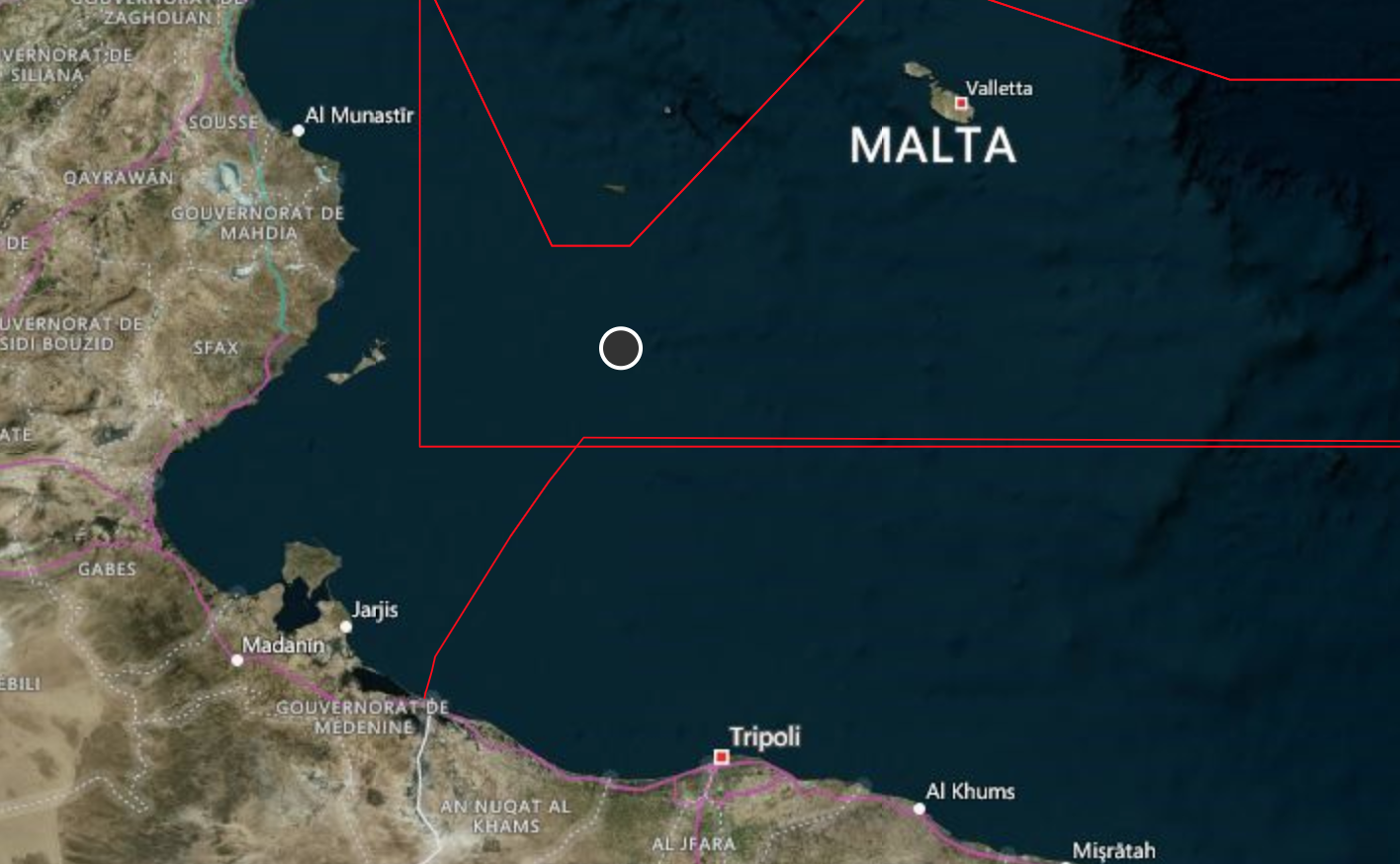 RCC Malta are responsible for the violation of both SAR conventions and human rights conventions in multiple ways:

First, despite being repeatedly informed of the distress situation by the Alarm Phone, RCC Malta failed to assist the boat in distress, which breaches Malta’s obligation to render rescue to a boat in urgent distress in their SAR zone. Indeed, RCC Malta refused to intervene for seven hours after receiving the alert to the distress case by the Alarm Phone. Instead of carrying out a SAR operation, RCC Malta monitored the situation merely with aerial assets (a helicopter of the Armed Forces Malta). By failing to render assistance, Malta consciously put the people’s lives at risk. This is a breach of The United Nations Convention on the Law of the Sea as well as of SAR conventions.

Second, RCC Malta delegated the SAR operation to Libya. SAR conventions establish that a SAR operation needs to be completed by bringing people to a Place of Safety. As the rescue took place in the Maltese SAR zone, by failing to instruct the so-called Libyan coastguard to bring the rescued people to the closest port of safety, RCC Malta violated SAR conventions as well as Art 3 of the European Convention of Human Rights, and Art 33 of The Convention relating to the International Status of Refugees.

Third, by allowing the so-called Libyan coastguard to bring people back to Libya, RCC Malta violated human rights conventions. RCC Malta became complicit in the violation of the principle of non-refoulement(Art 3 European Convention of Human Rights and Art 33 of the Convention relating to the International Status of Refugees).

RCC Malta allowed that the people in distress were returned to a warzone and to a detention centre where it is known that torture and human rights violations occur, thereby also violating Art 5 of the International Declaration of Human Rights. The principle of non-refoulement has applicability also outside of a state territory. If a state exercises control over a zone, then it holds responsibility. In this case, Malta was responsible: The SAR event took place within the Maltese SAR zone, RCC Malta had been alerted to the boat in distress, and Malta was actively monitoring the distress situation. RCC Malta were fully aware of the distress situation but failed to carry out a SAR operation. Malta did so in order to allow Libya to intervene many hours later.

14:09h CEST: The Alarm Phone received the first distress call from an overcrowded wooden boat. There were approximately 50 people on board, among them 10 women and 5 children. The people provided the Alarm Phone with a GPS position that showed them in the Maltese SAR zone (N34.35472 E12.57500).

14:40h: The Alarm Phone immediately informed RCC Malta and MRCC Rome about the distress case via email. RCC Malta confirmed the receipt of the email in a phone call at 14:40h. The Maltese officer on duty told us: “We have received your email. We will take care of everything.”

17:00h: For the first time, the people in distress alerted the Alarm Phone to the fact that water was entering the boat: “The boat is leaking”, they said on the phone.

17:40h: The Alarm Phone had its last direct contact with the boat. Afterwards, we were not able to re-establish contact anymore.

19:00h: The Alarm Phone was contacted by a relative of some of the people on board. We verified that this was the same distress case. He informed us that the people on board had told him that they had spotted a helicopter above them at 19:00h.

19:30h: As the Alarm Phone was still unable to reach the authorities in Malta, we informed MRCC Rome about the situation once more. MRCC Rome told the Alarm Phone that Rome was not responsible for this SAR event, as the location of the distress case was in Maltese SAR.

21:30h: The Alarm Phone spoke to the duty officer of RCC Malta. The officer told the Alarm Phone that the vessel ‘PB Fezzan’ of the so-called Libyan coastguard had ‘rescued’ the boat from within the Maltese SAR at the position 34°47’N, 012°37’E. The officer also confirmed that a helicopter of the Armed Forces Malta was involved in the operation, monitoring the situation from the air.

Further evidence of the events can be requested via: media@alarmphone.org

Here the link to our Twitter posts from the day, with images showing the GPS positions of the migrant boat:
https://twitter.com/alarm_phone/status/1185307883552022528