Deadly policies in the Mediterranean: Stop the shipwrecks caused off the coast of Tunisia 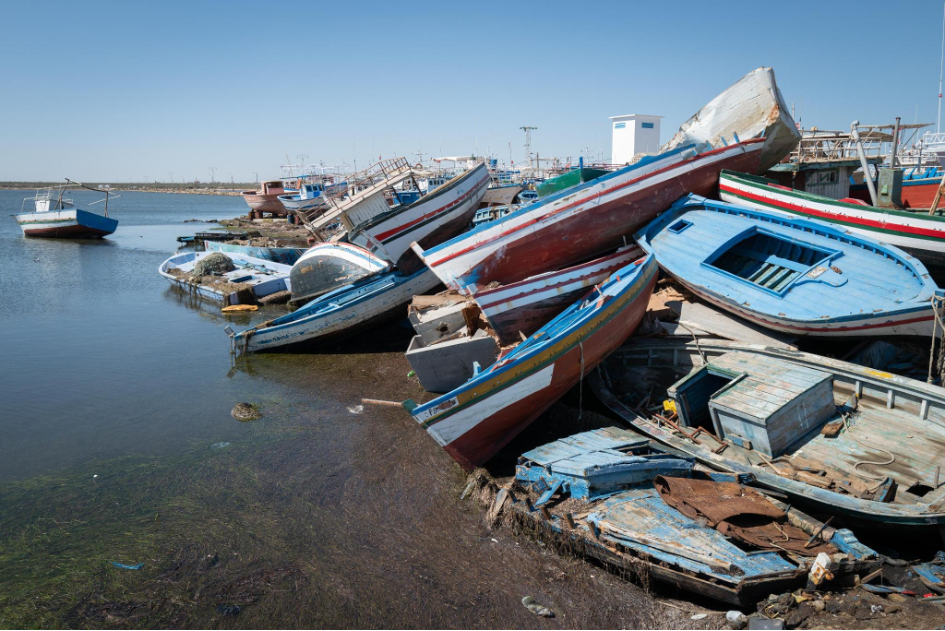 For two years now, the number of shipwrecks and disappearances of boats of people on the move trying to reach Italy happening close to the Tunisian coast has been increasing. According to figures from the FTDES (Tunisian Forum for Economic and Social Rights), between the beginning of the year and the end of November 2022, more than 575 people have died during this crossing. These figures do not take into account countless other invisible shipwrecks – those boats that disappear without leaving any traces, plunging families and loved ones into endless periods of uncertainty, facing impossible mourning. On Italian beaches and increasingly also on Tunisian ones, bodies are found, morgues are overflowing, and rarely a week goes by without a tragedy being reported.

But while the European Union keeps providing more means to Tunisia to monitor its coasts and allegedly to try to avoid these tragedies, there is more and more evidence that the Tunisian coast guard is directly involved in dangerous maneuvers that have cost the lives of several migrants. Alongside other Tunisian civil society organizations, the Alarm Phone network, a hotline for people in distress at sea, has collected numerous testimonies, photos, and videos published on social media networks which testify to the violent behavior of Tunisian authorities during their interception operations at sea.

Beating people with sticks, firing shots in the air or in the direction of the engine, knife attacks, dangerous maneuvers to attempt to sink boats, demanding money in exchange for rescue… The practices of the Tunisian coast guard as reported by the  migrants who have encountered them are more than alarming. These practices kill, as was the case last month, when a migrant boat was, according to survivors, violently rammed by the Tunisian National Maritime Guard. Following this attack off the Tunisian town of Chebba, reported by various media, three children drowned[1].

The transformation of the Tunisian route into a maritime cemetery is not only due to the practices of a handful of malicious coastguards. These practices are part of the continuous tightening of controls along this route in order to reduce the number of arrivals on Italian shores at all costs. Between 2011 and 2022, 47 million euros were allocated to Tunisia by the Italian state for the control of its borders and migratory “flows”[2]. Most of this money has been spent on buying patrol boats for the Tunisian coast guard and on their upkeep. These measures work in tandem with the bilateral readmission agreement that allows Italy to expel Tunisian nationals at a rate of up to four charters per week.

In addition to these agreements with Italy, Tunisia is caught in a migratory blackmail game with the European Union, which has for several years identified the country as a key player in the control of crossings in the Mediterranean. After having worked to lock the Libyan route by financing militias responsible for bringing people back to a country they are desperately trying to flee, Europe has set itself the goal of locking the Tunisian route too. Between 2018 and 2023, 30 million euros from the EU’s Emergency Trust Fund for Africa have been allocated to Tunisia to implement an “integrated surveillance” system for its maritime borders[3]. The main beneficiary of this project, the Tunisian National Maritime Guard, is thus directly trained, equipped and financed by the European Union, despite its documented violent practices.

This Italian and European support has enabled Tunisia to considerably increase the number of interceptions off its coast. According to FTDES data,30,604 people were intercepted at sea between January and October 2022, an increase of 38% compared to the same period in 2021, and six times higher than 2018[4]. At the same time, coast guard attacks and shipwrecks continue to increase: this is the price that European countries seem to be willing to pay to keep those it deems undesirable at bay.

We – Tunisian and transnational civil society – will continue to jointly document, denounce and oppose these violent practices, this repressive mobility control regime, and these violations of rights at sea on both sides of the Mediterranean, as well as the externalization policies that enable and encourage them.