“We asked for help, but they only shouted: Go back, go back!”

Alarm Phone Report: One year of pushbacks and systematic violence in the Aegean region, Feb 2020 - March 2021 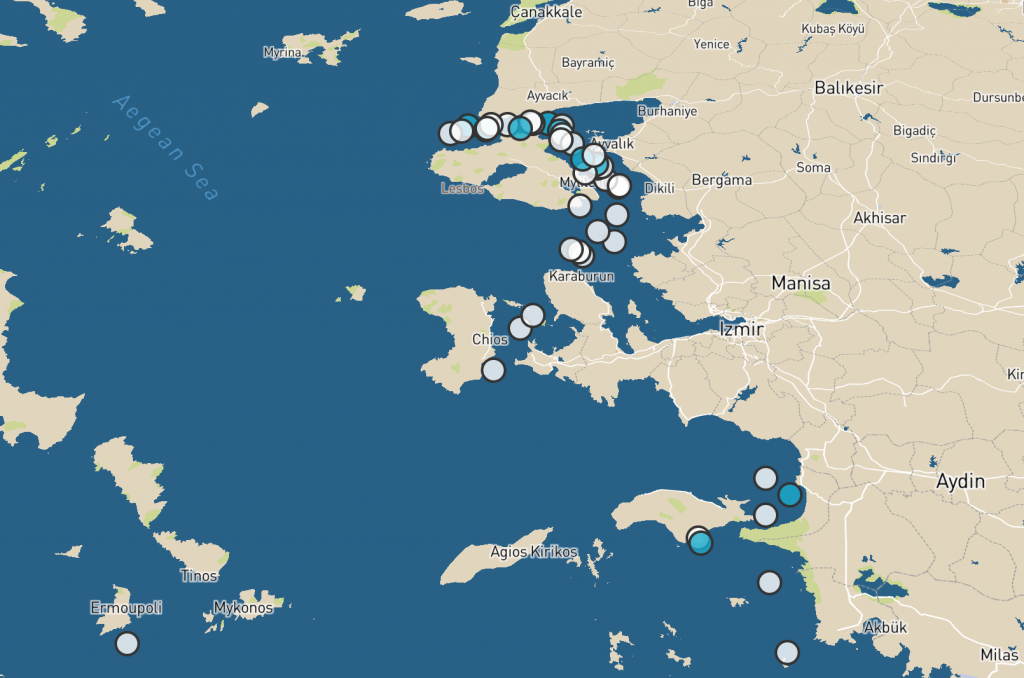 To read the full report and to explore the cases
with an interactive map click on the image
above or use the following link:

February 24, 2020 –March 5, 2021: With this report, the Alarm Phone aims to share one year of documentation of repeated attacks against migrants and illegal pushbacks in the Aegean Sea and at the Evros/Meriç land border. Out of the 125 distress calls we received in this time period, 79 involved human rights violations and violence exercised by mostly Greek authorities. We also documented non-assistance by Turkish authorities, as well as the presence of vessels of Frontex and NATO in some occasions. We present in detail, the systematic violations of rights on the basis of individual distress cases about which the Alarm Phone was informed, and analyse the pushback tactics of the state actors involved. These are not isolated incidents, but striking examples that illustrate that the violence is systematic.

Some of these pushbacks took place at the land border between Turkey and Greece, but most occurred in the Aegean Sea. In many of the sea cases, vessels of the Hellenic Coast Guard were involved and masked men coming from the direction of the Greek islands attacked the travellers. Footage received by victims of such an attack was analysed on a 2019 Bellingcat investigation where it was found that “the distinctive vessel operated by the masked men suggests that the Hellenic Coast Guard was involved in the incident”.

The travellers reported life-threatening manoeuvres around their boats intending to make waves, threats at gunpoint, theft of their petrol, destruction of engines and also, the towing of boats back to Turkish waters where they were abandoned adrift. They further reported Hellenic Coast Guard vessels ramming their boats, Hellenic Coast Guards shooting with live ammunition in the water around them or up in the air, and physical violence. We collected evidence of people ending up in life rafts in Turkish waters after having been rescued by the Hellenic Coast Guard and even after having reached an Aegean island and claiming asylum. The extensive use of life rafts to abandon people at sea, especially after they had already reached Greek soil is one of the most distressing developments of the past year.

Additionally, there are two events that we want to highlight. One is the long-distance pushback of the Crete case, which we examine in chapter 2 of this report. The second is the dramatic Rhodos case in chapter 1. People that arrived on the island during a storm were pushed back to Turkey while pleading Greek authorities to launch a search and rescue operation for six people that had earlier fallen in the sea and gone missing. The operation was never launched.

The Turkish Coast Guard also refused to immediately rescue boats in distress. Instead, they simply lingered nearby for many hours, watching and documenting the actions of Greek authorities. Similarly, we have heard multiple stories from migrants who were not allowed back into Turkey on the Evros/Meriç land border after Greek Border Guards had abandoned them on one of the river’s islets. They reported that the Turkish army terrorised them, trying to force them to go back to the Greek side of the border where Greek Border Guards had pushed them back from.

Regarding the role of the supranational agency for refugees UNHCR, in the past year, we have consistently informed them about ongoing cases involving human rights violations in the Aegean Sea and Evros/Meriç river border. So far, they have failed to take practical action to ensure refugees’ rights in these situations although according to international media, UNHCR recently handed over evidence of more than hundred cases of suspected pushbacks to Greek authorities demanding investigation.

Although numbers serve to give perspective, they can never replace people, their stories, and their experiences! We have listened to survivors and documented their testimonies which we include in the examination of the remarkable cases below. This handful of testimonies is a drop in an ocean of stories of people who suffered at Europe’s borders. We share them with the world so that nobody can one day say “we did not know”.

We publish this report in remembrance of Yaseen Salih Ahmed Al-Obaidi and Muhammad Taha Abdullah Suleiman, who lost their lives at the European border on January 13, 2021. Four more people went missing near Rhodos that day. We will never forget them and the injustice done to the survivors and the families of the missing.