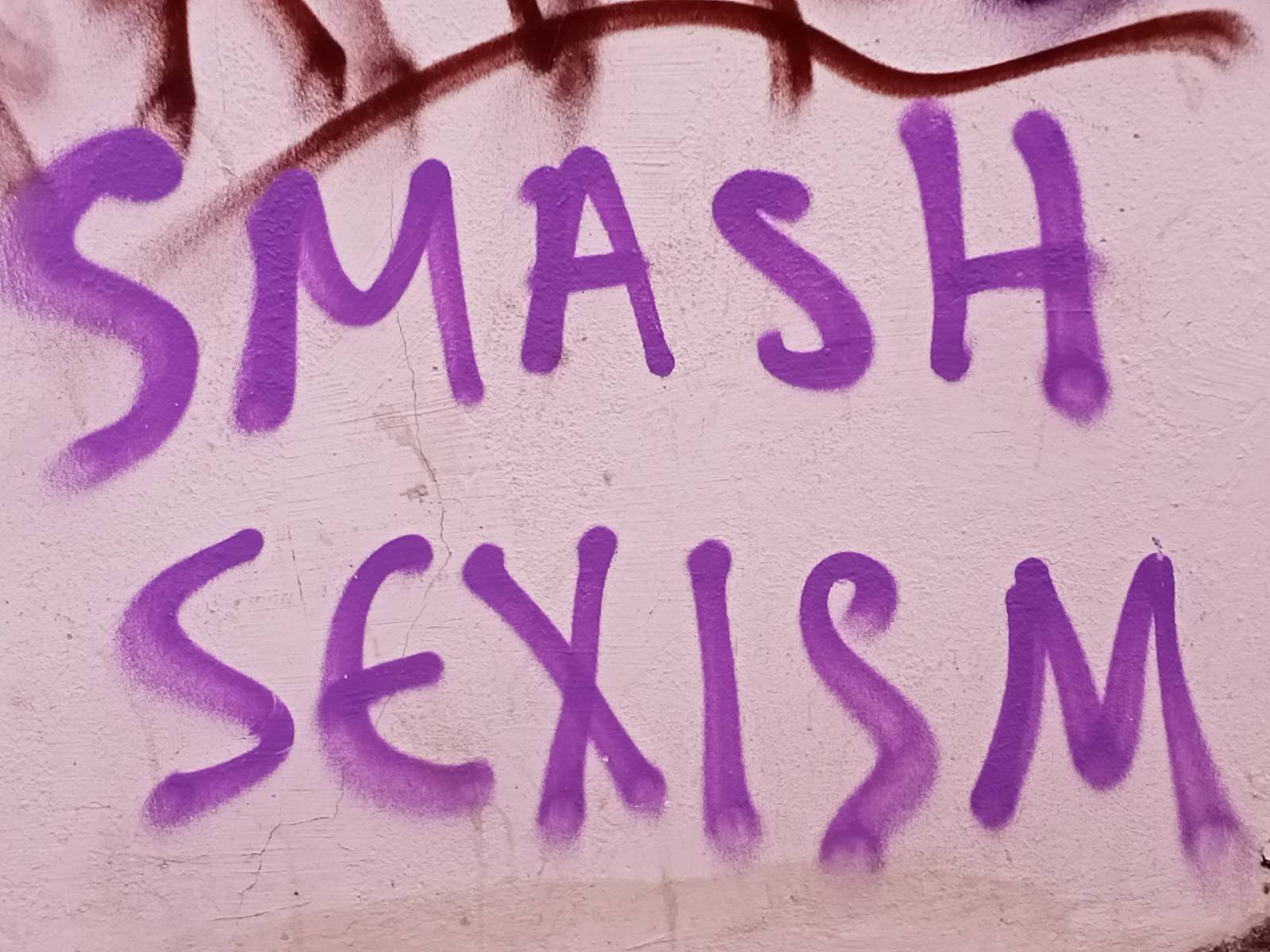 In one year everything can change. 2020 has reshaped reality on the island of Lesbos. On the borders there is hardly ever time to rest, to celebrate small victories. One must always remain alert and ready to resist the onslaught of power, which seems determined to destroy every last redoubt of hope, self-organisation and solidarity. The narrative that defines 2020 as a lousy year because of the consequences of COVID-19, has made invisible a disastrous year at Europe’s borders where there has been a drastic setback for the rights of people on the move.

We started 2020 with hope, happy to meet each other in the streets, to know that we had managed to stand up despite the weight of threats, fear, and hopelessness. The first women’s demonstration on the island. Our voices were heard after a long silence. But we were never really silent. If you paid attention, you could hear our voices among the tents in this camp of shame, among the noises of fights and knives between men broken by violence and borders. We were still searching for a way to free ourselves with in a space, hostile as the borders of Fortress Europe. Those in power wondered how it was possible that despite all the efforts to destroy us as individuals and as a collective, we were still able to rise up!

But at the borders, there is hardly ever time to celebrate small successes. Shortly afterwards, we saw how the racist and patriarchal system reacts with all its fury when those who should respond to the mandate of silence dare to raise their voices. The violence that was unleashed was intended to return us to the place of submission that we are accorded. If the demonstrations at the beginning of 2020 shouted “we are no longer afraid”, this year we have experienced a series of events that have reinstated fear and hopelessness.

Demonstrations were met with tear gas, beatings and identifications. Corrective measures against women and children who were peacefully demanding a dignified life. They wanted to remind us that there are no rights for us, neither social nor political, at the borders. Together with the police, extreme right-wing groups were reactivated and took control of the streets. Groups of civilians organised themselves at different points on the way to the camp, and armed with steel truncheons they demanded documents from people. They stifle our voices. These are the kinds of violences that are inflicted on women at the borders.

Shortly afterwards, we discovered the Greek government’s plans to build a closed camp, a prison. Paradoxically, the hatred from the extreme right-wing groups, which is so immense, pushed them to stop the construction and expel the police who were trying to protect the construction. This victory reaffirmed their sense of omnipotence, and they took advantage of it to attack people and cars of those they identified as members of NGOs. A system of terror was installed on the island, and migrants and all those in solidarity were attacked in the streets, with impunity. Total hostility was normalised. NGOs pulled out their volunteers for security reasons, as if it were a war. Because this is a war. They left with their passports. We were left waiting for the next blow.

It was still March. While Turkey announced that it was opening its borders with Greece, the European Union took the opportunity to close its borders definitively, in violation of international asylum law. It set up a system of violent pushbacks, abandoning those trying to reach Europe on rafts, engines confiscated, floating back toward Turkish waters. The only right guaranteed to migrants on this island, the right to seek asylum, was thus effectively annihilated. We are assaulted, abandoned in the sea waiting to die. These are the kinds of violences that are inflicted on women at the borders.

The COVID pandemic has only facilitated what the police and the Greek state failed to achieve, the establishment of a closed prison-like camp. Confinement that never ceased, the agony of waiting for the Corona to enter an overcrowded camp, the frozen asylum processes, the anguish of living every minute in what was increasingly a detention centre, hell. They cage us in prisons. These are the kinds of violences that are inflicted on women at the borders.

When you have been denied any form of political expression, the only thing left is violence and fire. Fire as the last resort for liberation. Faced with the first cases of corona in Moria, tension and fear escalated rapidly. Calls were made to move the infected people out of the camp, and in the absence of a response, the reaction was fire. But it seems that borders are fireproof. They built a new camp, closed again, by the sea to see if they can drown us this time, where there is still no safe area for single women, no electricity, no showers for more than a month. A new enclosure to continue with the torture inflicted on us in the face of complicity and silence by governments and EU populace.

These are the kinds of violences that are inflicted on women at the borders. Women and girls are trapped in the game of geopolitics of the European Union, one of the centres of dominion of racist and patriarchal capitalism.

This year we have lost a battle and have been silenced again. We are still exposed to the fire, which continues to be the only element that makes us visible. The fire by which we ignite so that they will let us be, the last stronghold of our possibility for the self-determination of our own bodies. The comrades tell how one of the last fires in the new Moria camp was set by a woman, eight months pregnant, who set herself aflame. She took her children out of the tent and set herself on fire. Despair and fire. Our bodies burn from injustice and neglect. But borders are fireproof. Even desperation is criminalised. This woman has been accused of arson by patriarchal and racist justice.

To the surprise of those who think this was the end, we announce that the struggle continues. Borders cross our bodies, they murder and mutilate us. But despite the innumerable forms of violence, we continue to look for ways to continue resisting and building a future with justice. This is our feminist struggle, the struggle for life. If feminisms speak about the oppressions of women, border feminisms speak about the murders in the sea, about prisons, detention camps, pushbacks, unfair and degrading asylum systems, and labour exploitation. Today we want to appeal to the women of Europe. We are kept silenced, handcuffed, imprisoned and tortured. Our rights are not recognised. Your silence oppresses us. We need to build bridges that allow us to be stronger, to reach further, to destroy the borders. These borders that also divide women, that prevent us from recognising each other. The system will not fall if the borders do not fall.

Smash the patriarchy, smash the borders!