Another forgotten shipwreck off Libya: 10 Libyans missing since 9 November 2020

In mid November several families reached out to the Alarm Phone asking for information about the fate of their missing loved ones. According to the relatives, 11 people (9 men, a woman and a 7 year old girl) left Tripoli port on the night of 9 November 2020, on board of a white fiberglass boat.

Since then the families have not heard from them again.

One person who was on board, however, managed to reach the shore, and he is probably the only survivor of the shipwreck. The survivor spoke to the families of the missing people and reconstructed what happened on that terrible night.

According to the survivor, about 4 hours after their departure from Tripoli port, water started entering the fiberglass boat, until it suddenly capsized and flipped upside down. It was about 1 am and the people did not manage to call anyone for help. They lifted the woman and the girl on top of the the flipped boat, while the others stayed close to the boat wearing life jackets.

When, in the morning, they realised that no help would come, some of men who could swim decided to swim back to the shore and search for help. The woman and the child had to wait, sitting on the flipped boat. The survivor reported that after a while he realised that he was alone, and he could not see the others swimming behind him anymore. While he was swimming, he saw an airplane or a drone as well as a vessel, but no one helped.

Finally, the survivor was rescued by a fishermen and brought back in Libya, where was able to report about the shipwreck and its location. The so-called Libyan Coastguard later found the boat, around 110 miles off Janzour, but none of the people, who waited out at sea for rescue, were to be found. 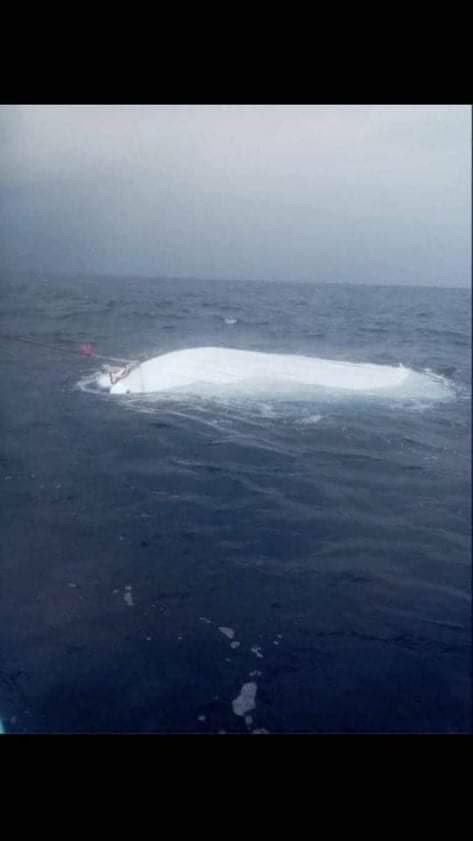 The travellers, all of them Libyan nationality, didn’t reach out to Alarm Phone when in distress at sea.

The families reached out to authorities and other organisations to ask what they know about the fate of their loved ones, but have received no answer.

We demand authorities to conduct an investigation into the incident, to release any footage on the event, and to search for the bodies of the missing people. Their families have the right to know what happened that day!

These are the names of the people who were on board, and who have been missing since 9 November 2020: