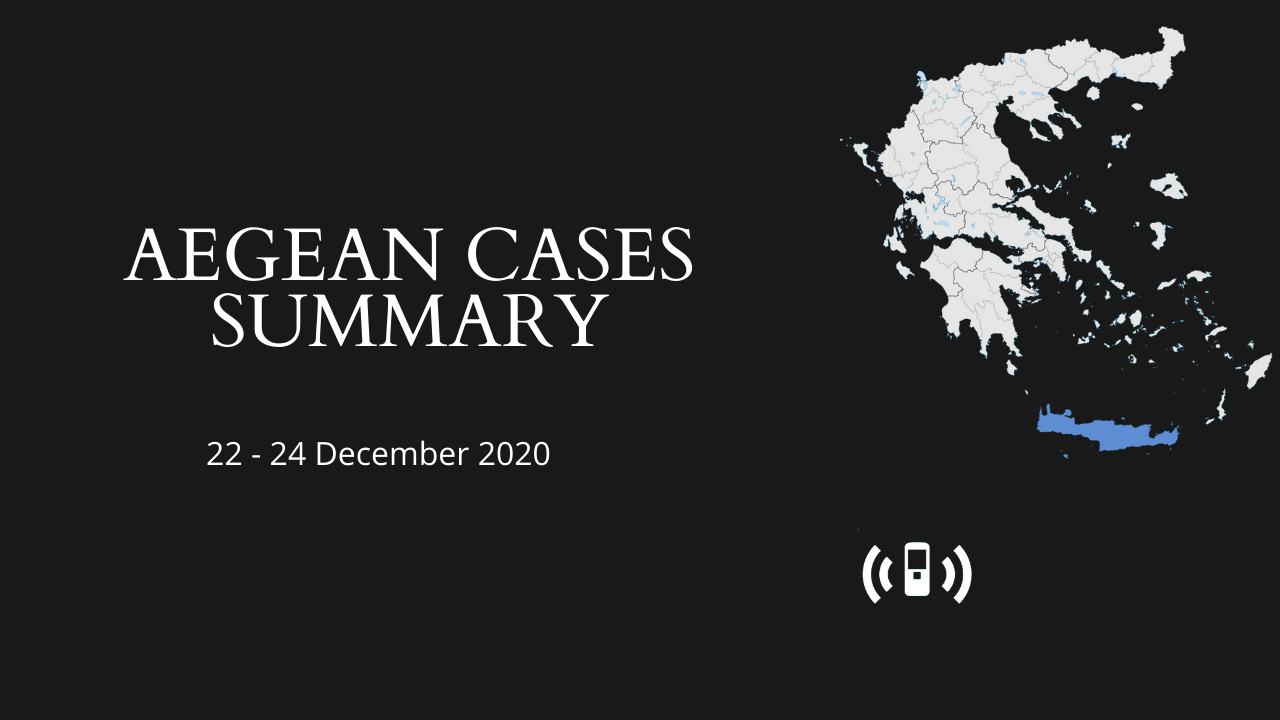 Since the end of February 2020, the Alarm Phone has witnessed the dramatic increase of human rights violations in the Aegean region at sea and on land, which we have documented and published in a number of reports. Additionally, news outlets such as Spiegel but also investigative collectives such as Bellingcat, have demonstrated that the Hellenic Coast Guard is violating international, European, and national law by forcibly and violently pushing people that are seeking asylum at Europe’s Eastern border back to Turkey. Further investigations have shown that this is not conducted by Greek authorities alone but in partnership with the European border agency FRONTEX and with the knowledge of other European state leaders. It is obvious that illegal pushbacks at the border are carried out systematically, and that migrants are humiliated and (physically) abused both on land and at sea. The authorities and persons involved on a local, national and international level need to be held accountable for human rights violations.

On December 22 the Alarm Phone was alerted to five distress cases in the Aegean region. Three of them ended with an illegal pushback. In two others, the people are still missing and we do not know more about their fate. We will continue with the investigation and documentation of these five cases.

The first alert on 22 December, came in for a distress case in the north of the Greek island of Rhodes. The position we received showed the people’s location on land in the early morning hours of that day. We informed the Greek Coast Guard and the headquarters of the Greek police, as well as Frontex and NATO about the position of the people, and that we worry about their well-being since we have not been able to establish direct contact with them. When we called the Maritime Rescue Coordination Center (MRCC) in Piraeus, we received the information that the area in question had already been searched and that nobody had been found. Despite several attempts to speak to the local police authorities on Rhodes about this case, the Alarm Phone was unable to establish a communication with them. Until today we have no further news about these people.

On the same day, a second call alerted us to a group of 10 people in Turkish waters close to the Greek island of Simi. We were informed that they were in bad condition but we were unable to establish contact with the boat. At 12:10 CET, a relative informed us that the Turkish Coast Guard had rescued the people. When we were finally able to establish contact with them days later, they reported having been attacked and threatened with weapons by the Hellenic Coast Guard. The whole group was put on a Coast Guard vessel and later forced into life rafts. They reported:

“We have been attacked by the Hellenic Coast Guard. They have found us and forced us to get on their boat. They threatened us with weapons all the time. Then they took the phones and other belongings of the men. The whole group was kept during approx. 4 hours on the boat of the Greek Coast Guard. Then they forced us again with their guns into life rafts. There were several of them. One life raft was broken, so the men had to swim in the water in order to prevent it from sinking. A relative then activated the Turkish police who sent a boat and rescued us.”

During the night of 22 to 23 December, we received another distress call from around 30 people including children and a pregnant woman near the island of Lesvos. The boat was in Greek waters. The people reported that they were towed by a Greek Coast Guard vessel towards the Turkish coast. During this dangerous maneuver, water was coming into their boat. The operatives of the Coast Guard vessel also destroyed their engine so that the crowded boat would be left adrift at sea. The Turkish Coast Guard confirmed the rescue of this boat from Turkish waters on 24 December.

Lastly, the Alarm Phone also received a fifth call for assistance with the case of a missing Syrian refugee at the Evros/Meriç border region. Family members were very worried since they had not hear from him for 10 days. The Evros region is a highly dangerous route where migrants have reportedly been shot, disappeared or drowned in the past. The Alarm Phone shares their worries since so far, the man’s fate remains unknown.