Plea for my brother, since 23 days on the vessel Maersk Etienne 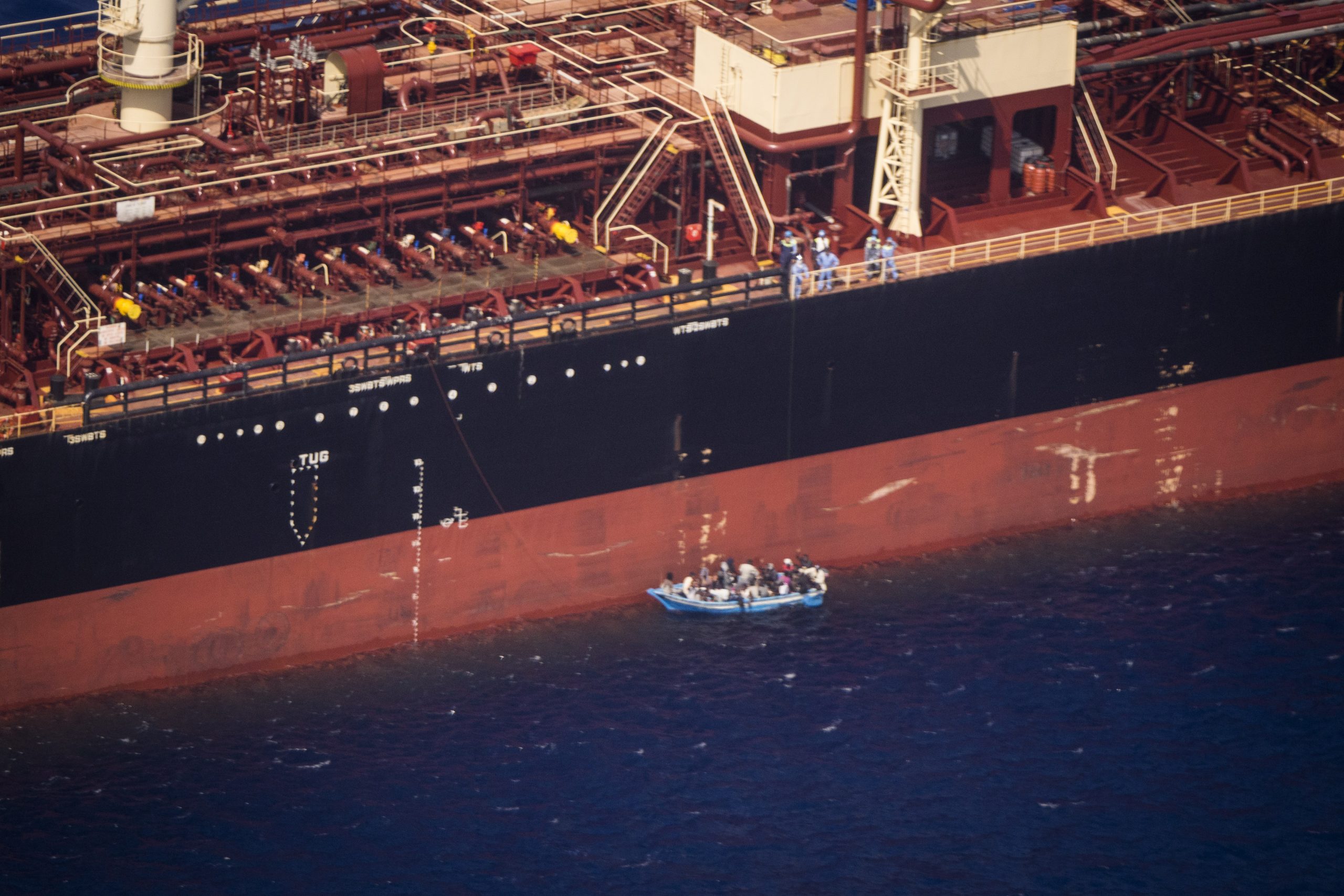 Oil tanker Maersk Etienne next to the boat with 27 people before rescue. Source: Sea-Watch International

My name is Said. I am from Eritrea and have been living in Germany for several years. On August 3, my younger brother Osman called me from Libya. He said that he was now in Misrata and that he would leave for Europe at night in a small boat with about 25 other refugees. Apart from him there was probably no other Eritrean among them. The boat did not make a very good impression on him, but he really could not stay in Libya any longer.

That was the last time I spoke with my brother. After that I did not hear from him for 17 days and did not know where he was. I asked various organizations if they could help me find him. I was more and more desperate, because I feared he had drowned or had been taken to a detention center by the so-called Libyan coast guard.

Then on August 20, I finally received a photo of him. It confirmed that Osman was brought on the oil tanker Maersk Etienne, which had rescued 27 refugees from distress at sea on August 5, and is moored east of Malta since three weeks with the rescued people still on board. My brother is alive! I was very relieved and expected that Osman could soon disembark in Malta.

My relief has now given way to great concern. The refugees are still being held on the ship. I don‘t get any information about how my brother is doing. I am denied a telephone conversation with him. And I fear that the 27 people might get deported to Tunisia. In my eyes, this would explain the absolute lack of information that exists in this case. I am very afraid that Osman will be deported to Tunisia, although he would probably be granted protection status in any European country if he only had the opportunity to apply for asylum.

My brother has fled Eritrea from the inhuman military service. He lived in Libya for more than two years under very difficult conditions and great danger and barely survived a failed escape attempt from there. I wish so much for him that he can calmly build up an existence and gain a foothold in a free country. And that I will finally see him again. In Tunisia the conditions for this are not given. Maybe they even will try to deport him from there, who knows where?

Please, let my brother Osman and the other 26 refugees disembark in Malta, let them free!

It is a matter of humanity to give all of them access to a safe place and to their right of Asylum!