Rescued but not safe! Europe plays games with 52 lives!

Call out to stand in solidarity with the rescued and the crew of TALIA and demand a port of safety, either in Malta or Italy! 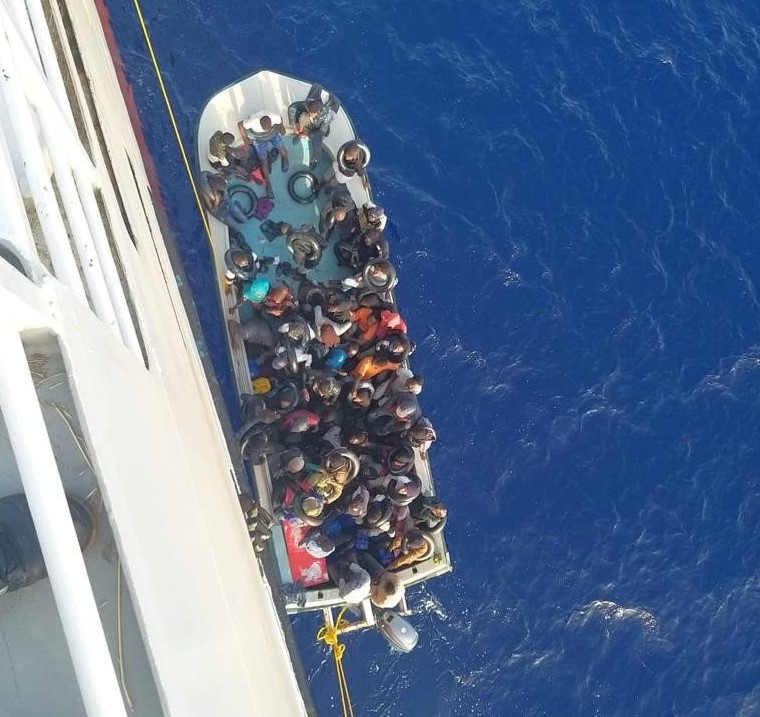 Yesterday morning, 52 people in distress at sea reached out to Alarm Phone. They were in the Maltese Search and Rescue (SAR) zone. RCC Malta was informed immediately by Alarm Phone but remained uncooperative, hanging up the phone repeatedly without noting down crucial information about the boat in distress. In the end, it was the merchant vessel TALIA (IMO: 7910888, MMSI: 450569000, under the flag of Lebanon) that conducted the rescue in the Maltese SAR zone (at position 34°42N 013°09E) in the late evening of 3 July, after Sea-Watch’s Seabird had alerted them to the case.

RCC Malta had promised to TALIA to trans-ship the rescued onto Armed Forces of Malta vessels and to disembark them in Malta. This, however, did not happen. TALIA was asked instead to move toward Lampedusa but Italy also denied the merchant vessel to enter Italian territorial waters!

Italy then instructed TALIA to move towards Malta, which it did, but RCC Malta denied the merchant vessel to enter Maltese territorial waters. Therefore people and crew are still urgently looking for a place of safety to disembark.

This lack of cooperation between States is in complete violation with the essence of instruments such as the SAR Convention: it put lives at risks and discourages rescue operations.

In light of this irresponsibility of Maltese and Italian authorities, the TALIA turned to Alarm Phone and the Civil Fleet for support and guidance.

The TALIA acted according to maritime law by rescuing the people in distress and offering them shelter. The livestock carrier interrupted its trajectory in order to carry out a SAR operation – they need a solution immediately. The health situation of the people on board is currently deteriorating, several people are in critical condition.

We call out to stand in solidarity with the rescued and the crew of TALIA and demand a port of safety, either in Malta or Italy. It is the responsibility and duty of these authorities to coordinate a port of safety. These games with people who just survived a Mediterranean crossing have to stop immediately! Let them in!

Addresses to contact and demand a place of safety for the rescued people now:

Minister for European and Foreign Affairs