At the Greek-Turkish border, politicians play with people’s lives 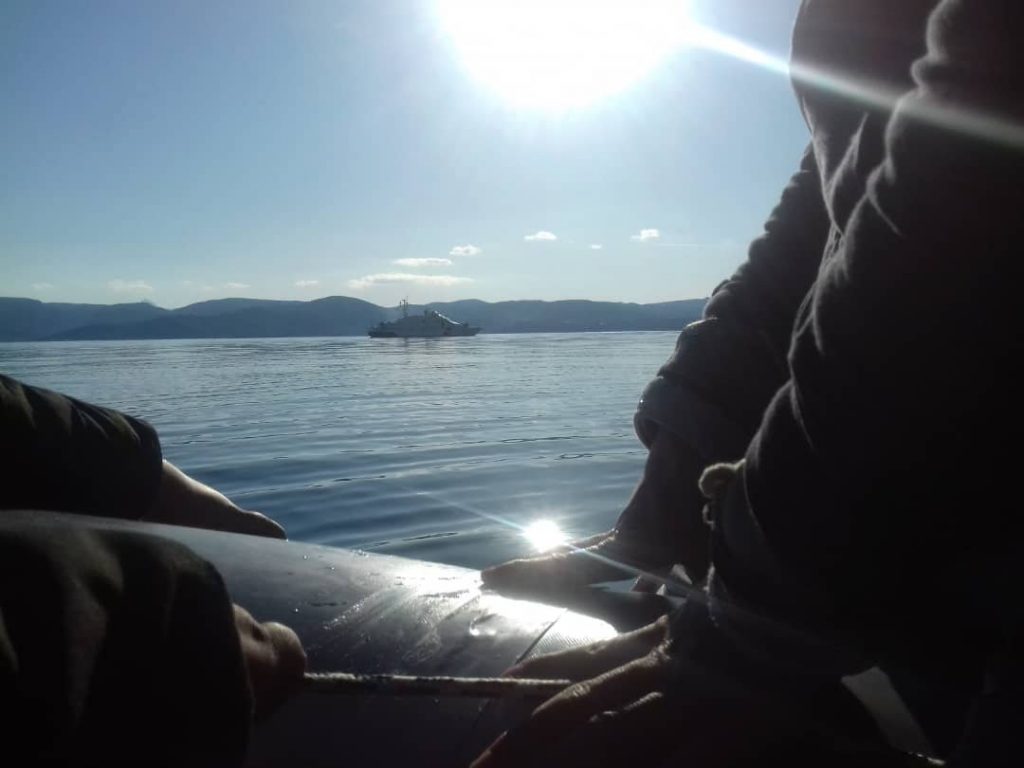 People trying to enter Europe in search of protection face brutal repression in the Aegean region. Although this is not new, we currently see an escalation of violence as Turkey and Greece play a dangerous game with people’s lives. The survival instinct and hope of many for a better future is exploited and manipulated for cynical political stunts. Greece has now declared a state of emergency and to remove people’s right to claim asylum.

On the Greek side the situation is devastating, every day: Overcrowded detention centres and camps where thousands are forced to survive the inhuman conditions. Riot police forces secretly transferred to the Greek islands to crack down on local inhabitants with tear gas and clubs. Riot police forces along with soldiers and anti-terror squads firing tear gas and water cannons at refugees who attempt to enter through the land border. Those who do succeed in reaching Greece face imprisonment merely for crossing the border. Boats attacked by masked men in the Aegean Sea and prevented from disembarking by fascists at Greek harbours.

In Turkey, on the other side of the border, the situation is equally cruel: As a response to the Turkish fatalities in Idlib, President Recep Erdoğan announces the ‘opening’ of borders and thousands of people follow his call and move toward Greece, in the hope of finally finding safety. They enter white busses, reportedly provided by the Turkish government, but end up trapped in the border-zone between Turkey and Greece stopped by armed forces and army vehicles.

Despite this current escalation, it is clear that push-backs and violent excesses along the border are daily phenomena, not exceptions. But commonly, they target smaller groups, not such a large crowd. Usually, civil society is not able to see how these human rights violations unfold, how police and army officials stand in people’s paths, preventing them from stepping on EU soil and exercising their right to ask for asylum.

Europe enacts a ‘closed door’ policy, enforced by the right-wing government in Greece which sends riot police and special forces to deter people escaping war, conflict, and hunger, and aims to temporarily suspend their right to claim asylum and immediately deport them to countries of origin. We have already seen images of NATO war ships patrolling the Aegean Sea along with border guards from all over Europe in Frontex missions.

We will not accept this European war against people who seek protection! We will not remain silent, when repressive anti-migration policies give space to fascism!

We have seen people being violently pushed back to Turkey where they are detained or even deported from to places where they face war and persecution. We have seen people drowning in the Aegean Sea or Maritsa river. We have seen dehydrated, frozen, and unrecognizable bodies of mothers, fathers, children. We have seen also people dying in Europe’s ‘hotspot’ camps due to inhumane conditions – babies dying of dehydration, lack of adequate medical aid and desperation leading to people committing suicide.

But we have also seen people ‘on the move’ claiming their rights and standing in solidarity together with locals against these repressive policies. We have heard their loud voices shouting united for freedom. We have seen people marching across borders against all odds and against the violent European border regime.

We will stand united against this cruelty! We will raise our voices to tell the stories that are not told, show the images that are hidden away from the world! We will not stop denouncing the violent excesses at Europe’s borders and we will not stop struggling for another world of freedom of movement!

Equal rights for all! No one is illegal!

Close detention centres, hotspots and other camps and open homes!