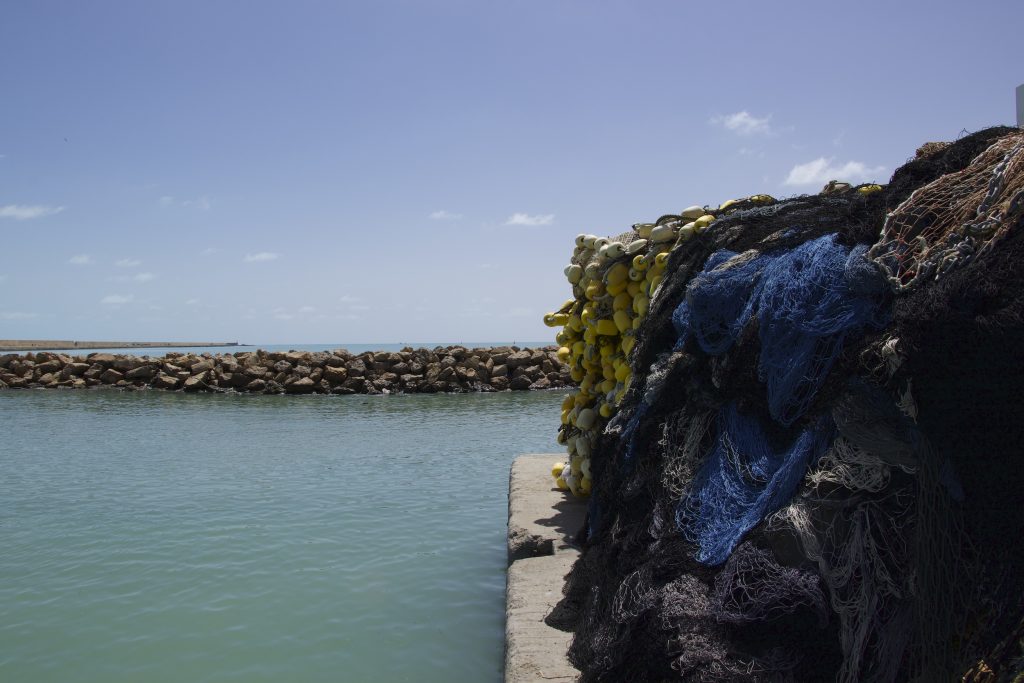 Over the past week, the Alarm Phone was alerted to many boats in distress off the coast of Libya. People continue to flee the country, beset by conflict and violence. Amidst the dramatic scenes of rescue carried out by civil actors, the important role of other actors is often forgotten. Some forms of solidarity do not receive the same media attention because the people who practice them are poor or lack networks to make their actions visible. Sometimes, they are too scared to publicly talk about what they do.

The Alarm Phone is regularly in contact with fishermen who inform about boats they have encountered on their days out fishing. When they spot migrant boats, they are often uncertain about how to proceed. They fear both the militias involved in the smuggling business and the so-called Libyan Coast Guard that has also engaged in this business. They do not have the ability to carry out rescues of fragile boats containing many dozens of people. They call us to bear witness, and to ask for support. They carry the burden of witnessing the terrible plight of people trying to escape. They are often invisible solidarity workers.

The other day, the Alarm Phone received a testimony from Emma, a young woman from Côte d’Ivoire. She and about 64 other people had left the Libyan coast from Garabuli, in the evening of the 8th of February in a blue wooden boat. “We travelled for what seemed like a long time”, she told us.

“We had a phone with us, but when we encountered difficulties at sea because of our boat’s motor failing, we were very scared of using it. We feared the Libyans. Early in the morning, after having spent the whole night at sea with our unseaworthy boat, a fisherman saw us. He saw that we were in a very difficult situation, so he took five women and their children on his boat. Then, he attached his boat to ours, and towed us back to land. Thanks to his help, we were able to escape the militias when we arrived because he disembarked us in a place out of their sight. He saved our lives.”

Emma also wanted to testify that in Libya, she could not exit the house she was temporally sheltering in. “With our black skin, we risk being kidnapped, shot at or raped,” she said.

A few days after this incident, a fisherman told us that two of the women who had been in Emma’s boat had tried to make the trip once more, two days later. This time they had been picked up by the so-called Libyan Coast Guard and immediately brought to the Janzour detention centre.

The Alarm Phone’s work is often only possible because of people, such as the fishermen, who pass our emergency number on to others in need, those who inform us of distress situations in places where we cannot physically be.

Our thanks go out to the many fishermen who fear retaliation for helping others at sea, who are criminalised and intimidated when they carry out rescues, and who bear witness to the horrors induced by the lack of safe migration routes.