Humanitarian rescue NGOs, civil society organisations, and activist groups, including Sea-Watch, Alarm Phone, Mediterranea, Seebrücke, Aita Mari, Jugend Rettet, Borderline Europe, Inura, Open Arms, and Welcome to Europe, as well as representatives of several European cities and municipalities, including Naples and Barcelona, have come together to work toward a collective European and Mediterranean initiative. Our movement was born in Palermo in 2018 and in the spirit of the Charter of Palermo, with its central demand for the right of mobility. Our slogan is: “From the Sea to the Cities!”

After our meetings in Palermo and Barcelona, we were hosted by the Municipality of Naples on 20-21 June 2019. Naples is a city that has declared its port a safe harbour in light of the restrictive and anti-migrant measures of the current Italian government, especially its interior minister. Over the past two days we have strengthened the collaboration between humanitarian rescue NGOs, civil society organisations, activist groups and city administrators. Our main aim is to join together in the struggle against the mass dying in the Mediterranean Sea. Those rescued at sea must be brought to safe harbours and be allowed to live freely and in dignity in European cities.

We declare our solidarity with the 43 survivors, including unaccompanied minors, who were rescued by Sea-Watch 3 but who are still today, 10 days after their rescue, stuck on the rescue boat. We condemn the refusal to allow Sea-Watch 3 and its guests to land at a safe harbour. Together with the survivors we demand from the Italian government as well as the European institutions and community to immediate guarantee their disembarkation. 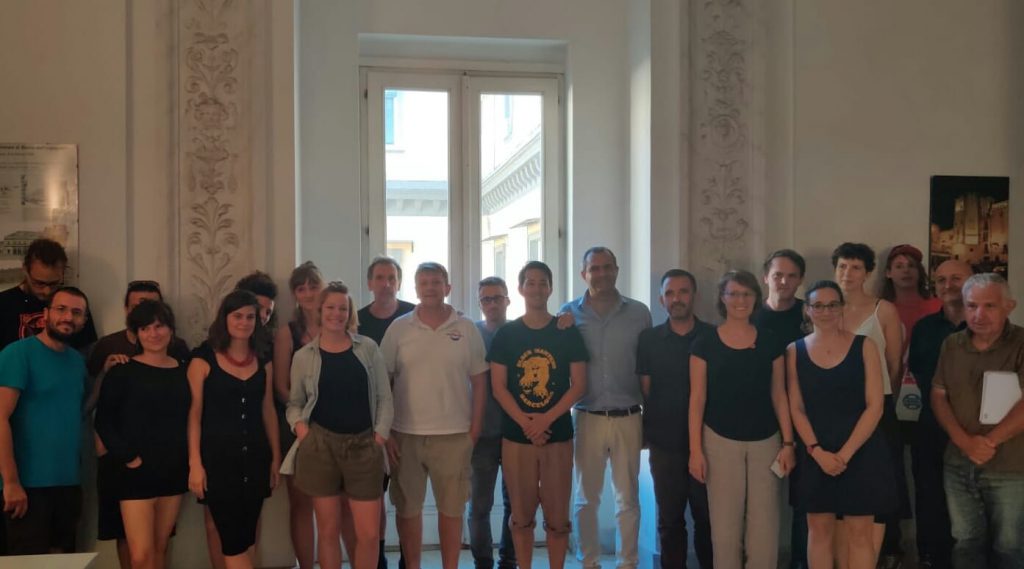