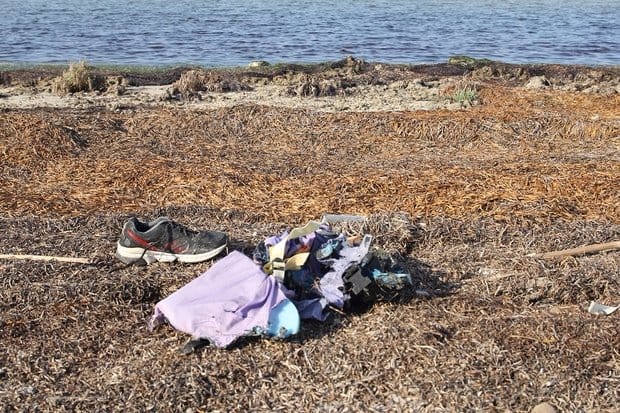 On 1st of May, at 5:27am CEST, the Alarm Phone was alerted to 12 people who were missing after having left Morocco earlier that night. Authorities in Spain and Morocco were alerted and they launched a search and rescue operation for the boat. However, the boat remained missing. It was found only in the afternoon of May 2. At that time, eight people had already fallen overboard and drowned. During the rescue operation, another person, a woman who is assumed to have been pregnant, died. On May 2, at 11.30pm, we were able to speak to one of the three survivors. After they were brought to a hospital, they feared that the police would come, and so they left. They are currently in hiding.

Here is his testimony:

I’m one of three men who survived the shipwreck on 1st of May. We started as a group of 12 people, ten men and two women, at 01:00 am local time on the 1st of May from Tangier. The nine dead people came from Senegal. They came from one village and were very close to each other. They did everything together, slept together, shared meals, for me they appeared like brothers.

We knew, we are in international waters. We could see the Moroccan coast and were driving further and further into the sea. The boat capsized a third time. We lost another person. Again we were able to turn the boat around and to climb into it.

In the morning we saw big container ships, which did not notice us, despite my red clothes, waving and shouting. Again, the boat capsized. We had no strength anymore to turn the boat around and we were sitting on the turned around backside of our zodiac. Two other people died. We were fighting for our lives.

On the next day, the 2nd of May around noon we were found by a very big, white ship with Spanish letters written on it, maybe a fishing boat. We were only four people left, three men and one woman. The crew of the big white boat told us to wait for rescue and they alarmed the Marine Royal [Moroccan Navy]. We had no strength any more.

The Marine Royale arrived at around 1.00 – 3.00pm and they started the rescue by throwing a rope to us. I was the first to be rescued. They picked up the second of us survivors. The waves were very high and the zodiac turned around again. The man and the women who were still on the boat fell into the water. The man still had the rope in his hand and could be saved. The woman was carried away by the waves. One man from the crew of Marine Royale jumped into the water to help her, but the woman was gone.

After that they brought us to hospital. We couldn’t move anymore. We were so tired. I don’t know in which city the hospital was.