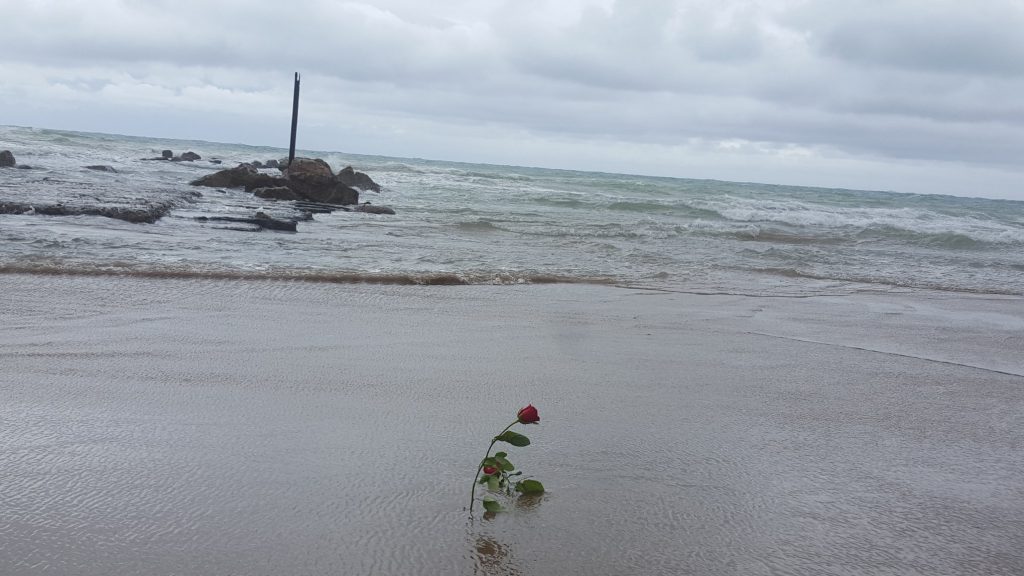 We come here together today to commemorate those who have lost their lives while trying to find a place of safety and freedom. Many of us here have directly experienced the violence of borders and have suffered greatly. We want to think of those who are not with us anymore, relatives, friends, and thousands of others who we have never personally met. We are devastated that we could not help them, that we were not able to prevent their deaths. Their suffering obliges the living to not forget, to come together to build a more just and equal world for all.

The space of the Mediterranean Sea could be one of encounter and exchange but instead it has been turned into a graveyard. A philosopher once wrote: ‘Death associated with water is more dream-like than death associated with earth, the pain of water is infinite’. When people disappear at sea, it is much more difficult to mourn for them, to accept that they are gone. What we will never accept are the reasons for their disappearance. The racist system that divides people for the privilege of a select few.

Our common work as the Alarm Phone is underpinned by our outrage about the ongoing atrocities committed against people on the move, in the Mediterranean and elsewhere. At the moment, borders seem to appear or be reinforced wherever we look. We seem far away from the realisation of the freedom of movement for all. But the last days together at our international meeting give hope that we ourselves can be the change. That we can find ways to support each other and people on the move to overcome the many political and social barriers in our way.

In our network we have many who support others despite living themselves in highly precarious situations. Hearing their stories and learning from their everyday resistance on the ground has been so inspirational.

After this commemoration and our meeting in Oujda, we will return to the places where we struggle locally while knowing that we have friends and allies everywhere. We will carry the memory of the dead and disappeared in us when we continue in our common fight for the freedom of movement for all.