The Alarm Phone is 4 Years Old

4 Years of Alarm Phone, shaped by a myriad of personal stories of struggle and survival. 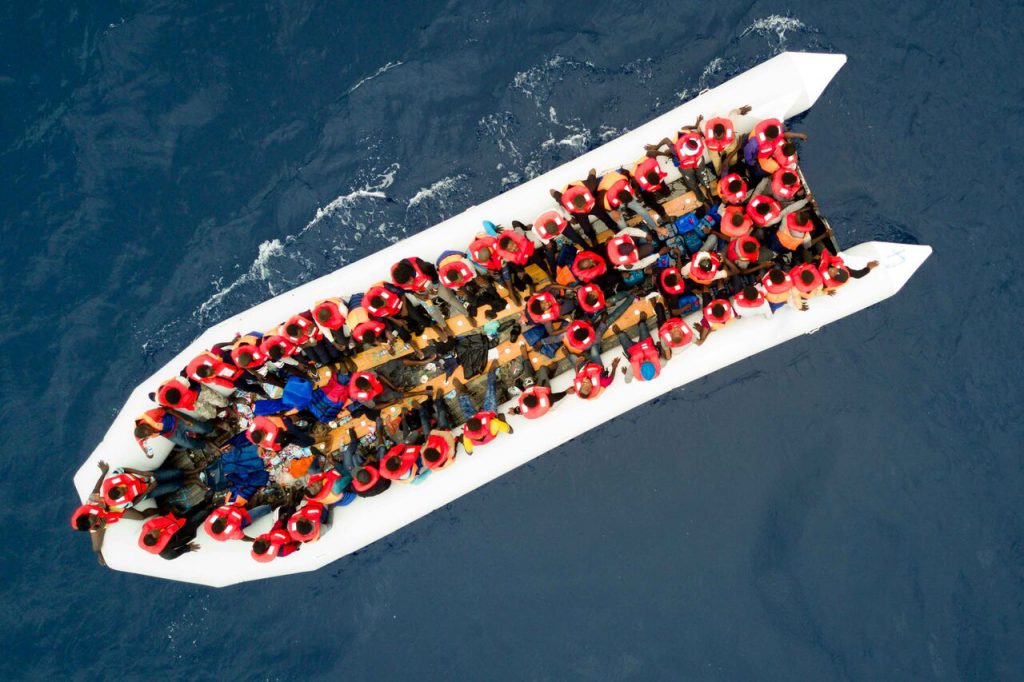 On the 11th of October 2018, the Alarm Phone turned four years old. In these four years, we became a network of around 150 activists from many different cities on all sides of the Mediterranean, mainly in Europe and Northern Africa. When we launched our project in 2014, we did not know whether our phone number would circulate in migrant communities and whether anyone would call us from the sea. As a broad coalition of activist networks, we wanted to intervene more directly in the deadliest border zone of the world and be able to see and hear what occurs in the space of the Mediterranean Sea. This space has been deployed as a migrant deterrent by European states and institutions for way too long, costing thousands of lives. For too long, many violent border enforcement practices have remained invisible and unaccounted for.

When we launched our project, it was the anniversary of the shipwreck that occurred on the 11th of October 2013, merely eight days after a previous large-scale shipwreck off the coast of Lampedusa. While the first shipwreck received a lot of hypocritical attention from EU governments and institutions, the second shipwreck was largely silenced. It was silenced, because Italy and Malta had deliberately delayed rescue operations after one of the passengers had repeatedly demanded rescue, leading to the loss of over 200 lives. Back then, we wondered: ‘What would have happened, if the boat-people could have directed a second call to an independent phone-hotline allowing for a team of civil society members to raise alarm and put immediate pressure on authorities to rescue?’

Over the past four years, we have seen what can happen, when people call activists from the sea and when we work collectively to undo Europe’s violent borders. From October 2014 to September 2018, we have worked on over 2,400 emergency cases in the different regions of the Mediterranean: 1615 boats in the Aegean Sea, 600 in the Western Mediterranean and 222 in the Central Mediterranean (see graph 1). 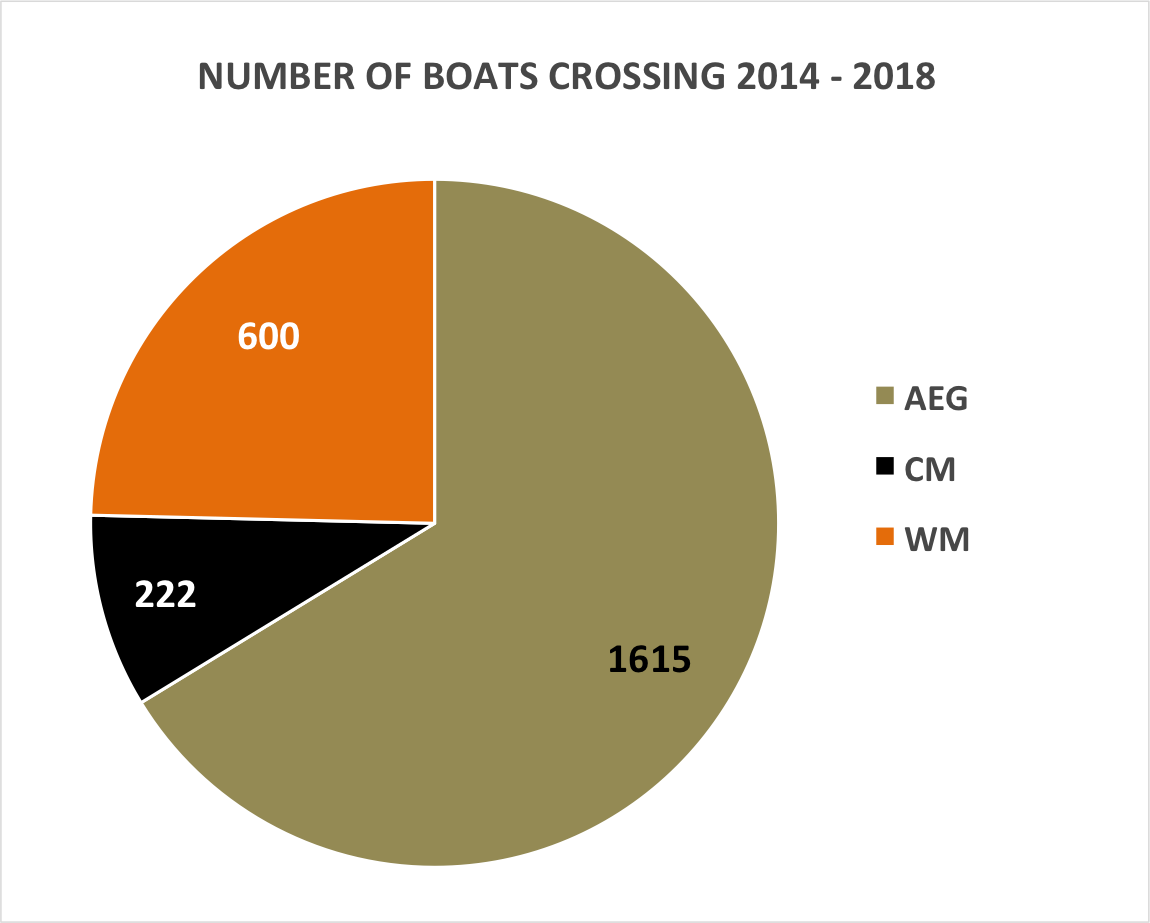 Moreover, for the period between January 2016 and September 2018, there were, conservatively speaking, 40 thousands individuals involved in the emergency cases that we were dealing with (see graph 2). 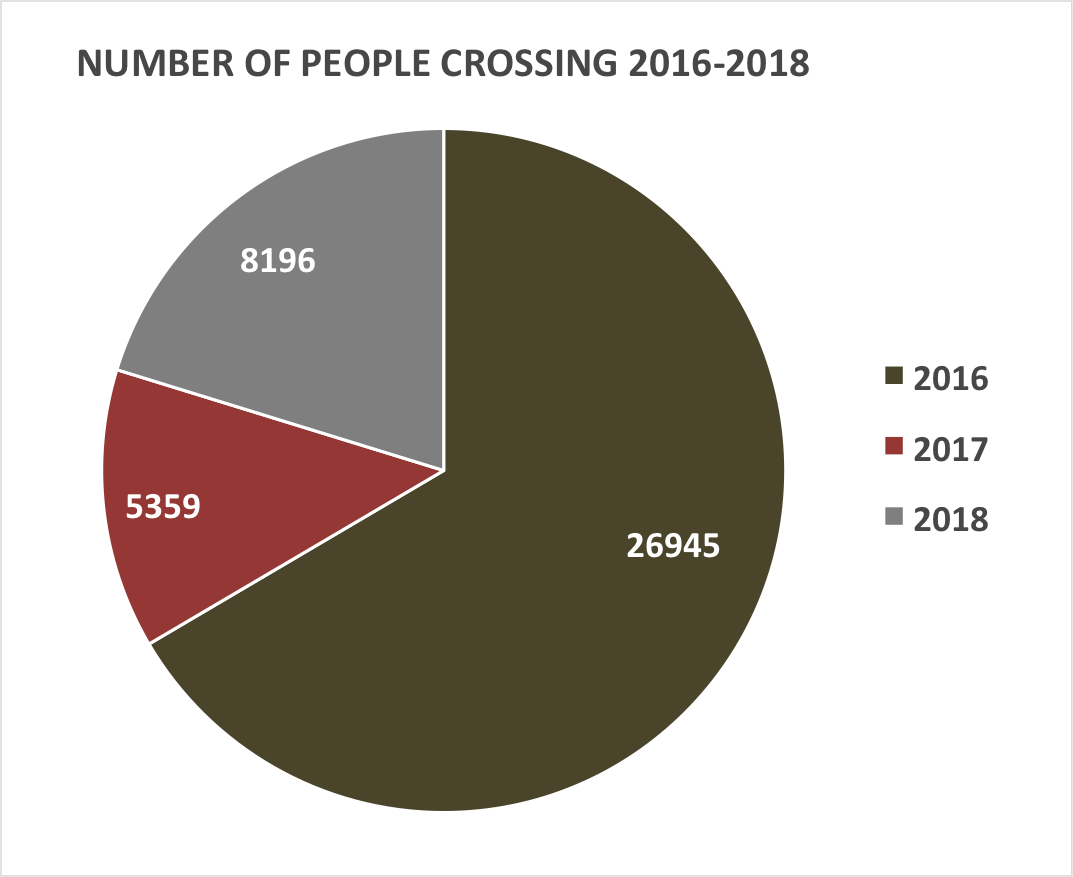 Behind these figures, there is a myriad of personal stories of struggle and survival that we will never be able to condense or adequately summarise in a form that would give these stories any justice. Although we had started the Alarm Phone in 2014 mainly driven by the unbearable left-to-die-policy in the Central Mediterranean, 2015 and 2016 became the years of the Eastern border crossings. Many boats crossing from Turkey to Greece contacted us day after day. Now in 2018, we are again witnessing a tremendous shift, this time toward the Western Mediterranean (see graph 3 and 4). We have become part of the struggles of people trying to cross the Straight of Gibraltar, often paddling under the most precarious conditions from Morocco to Spain. 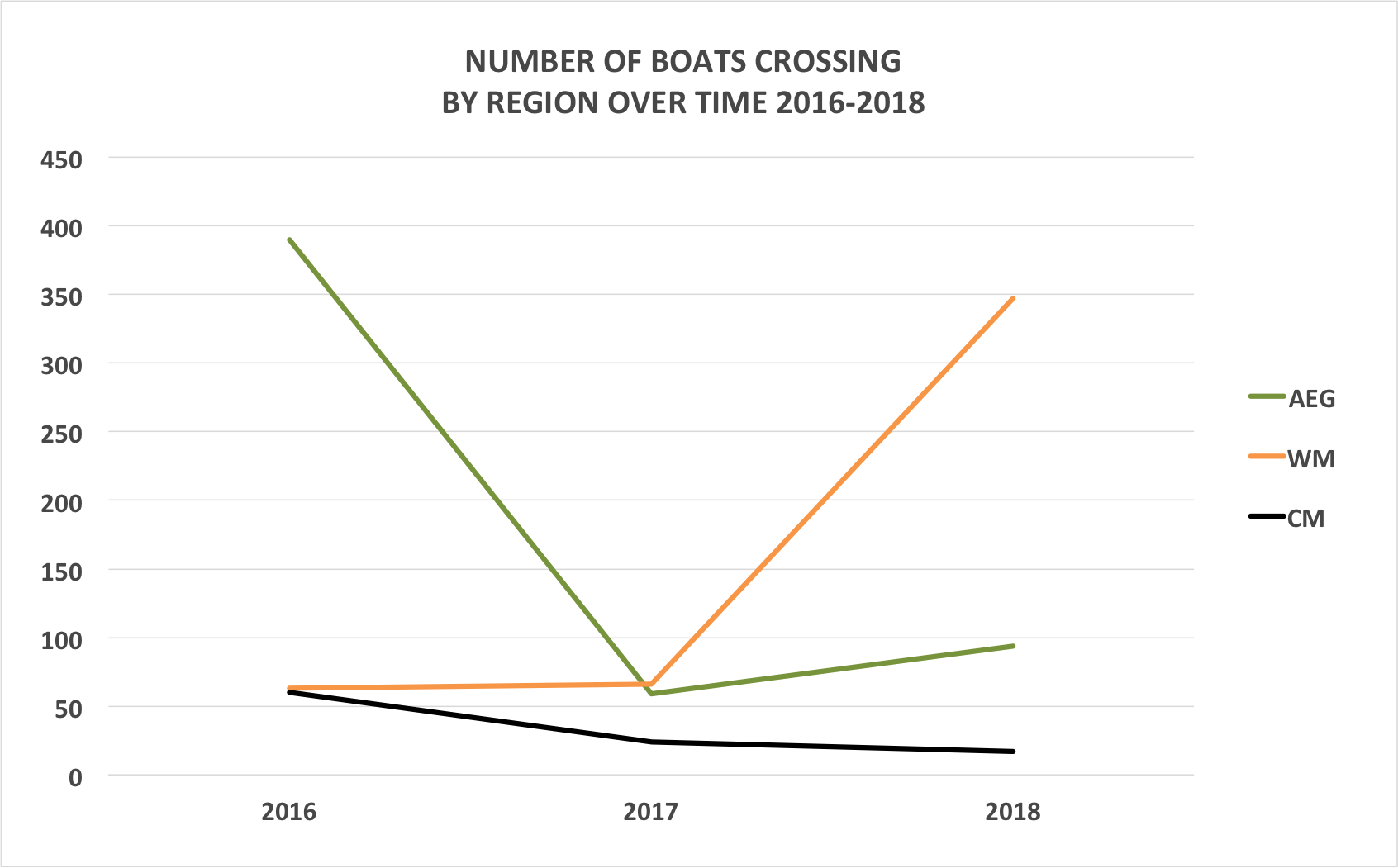 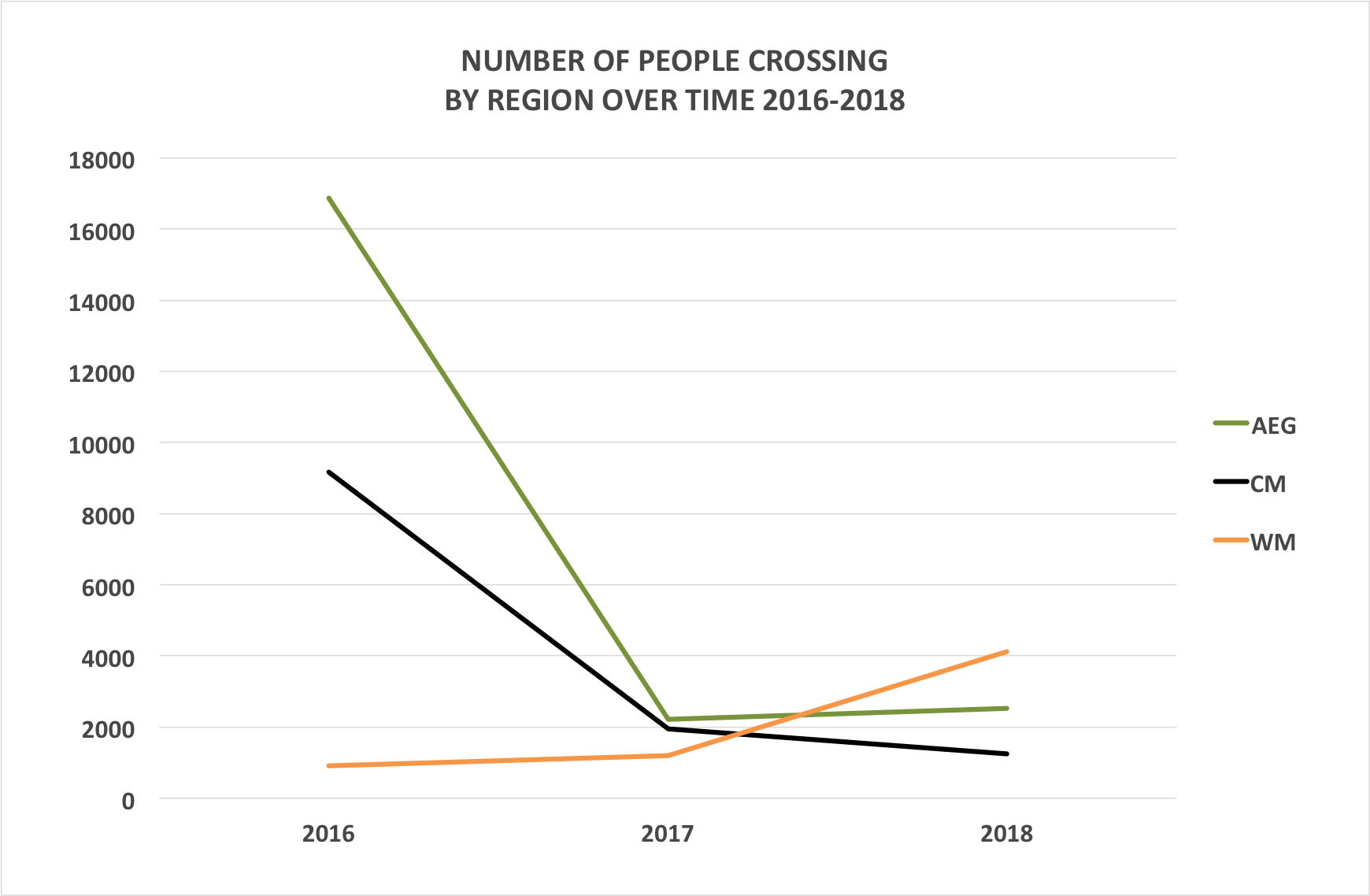 In the multiple and varied experiences we have made – from the arrival and rescues of thousands to the disappearance and loss of lives – we have seen what the European border regime does to individuals, groups, and entire populations. We have seen how Europe’s borders function as a government of populations. Millions are sought to be immobilised and kept out. Those who dare to move nonetheless are forced to take increasingly dangerous paths. They risk their lives by seeking to cross the sea, in the hope to find freedom and safety on its other side, but too often their hopes are crushed. Tens of thousands have been violently deterred from reaching Europe, and brought back to places such as Turkey, Morocco or Libya. Many others have reached out for help, but European authorities delayed or denied rescue (See Graph 5). And even when they arrive, they often do not find what they seek – hostility, racism, and the threat of deportation instead of being welcomed. 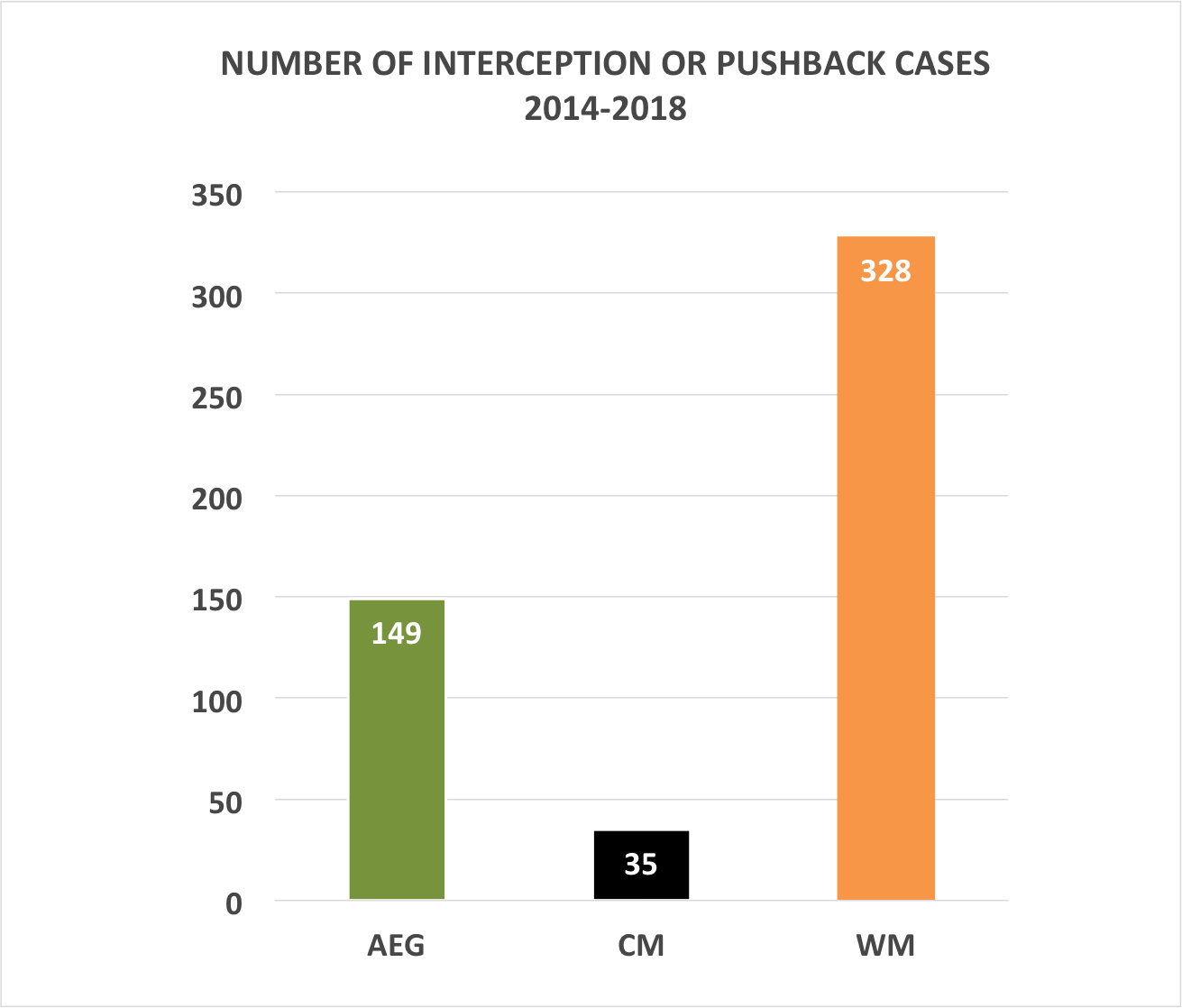 We have always regarded the attempts to cross the sea as moments in which the freedom of movement is enacted and expressed. Through our activism, we want to support these enactments and expressions and understand ourselves as part of an existing ‘migratory underground railroad’ that creates paths of escape in violent conditions. As we have said many times before – our work is not the solution. The Alarm Phone and Search and Rescue NGOs should not have to exist. People should never have to board these unseaworthy vessels and risk their lives just to cross a border. But as long as this is the case, as long as Europe violently ‘protects’ its borders against those it seeks to exploit elsewhere, but does not want to have in its midst, we will continue with our work. We will continue to listen to those in situations of life-and-death and support their expressions of freedom in whatever way we can. 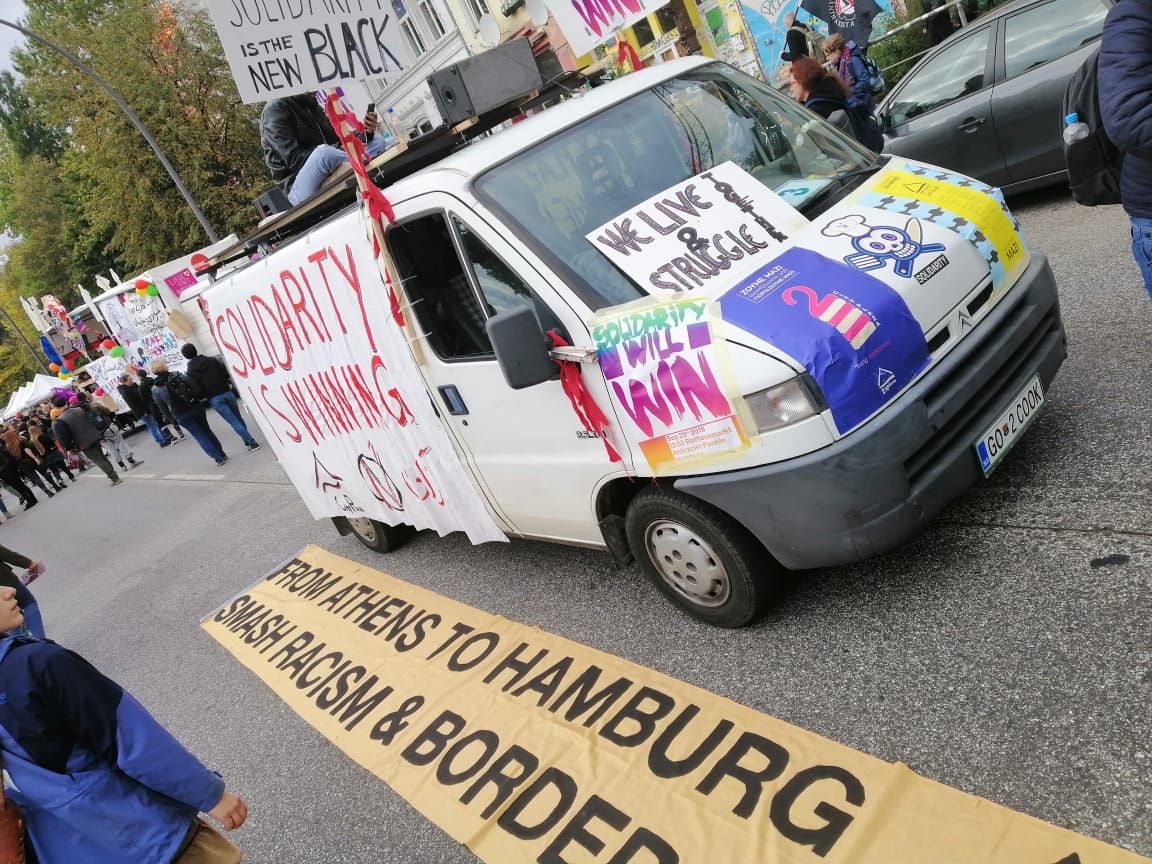