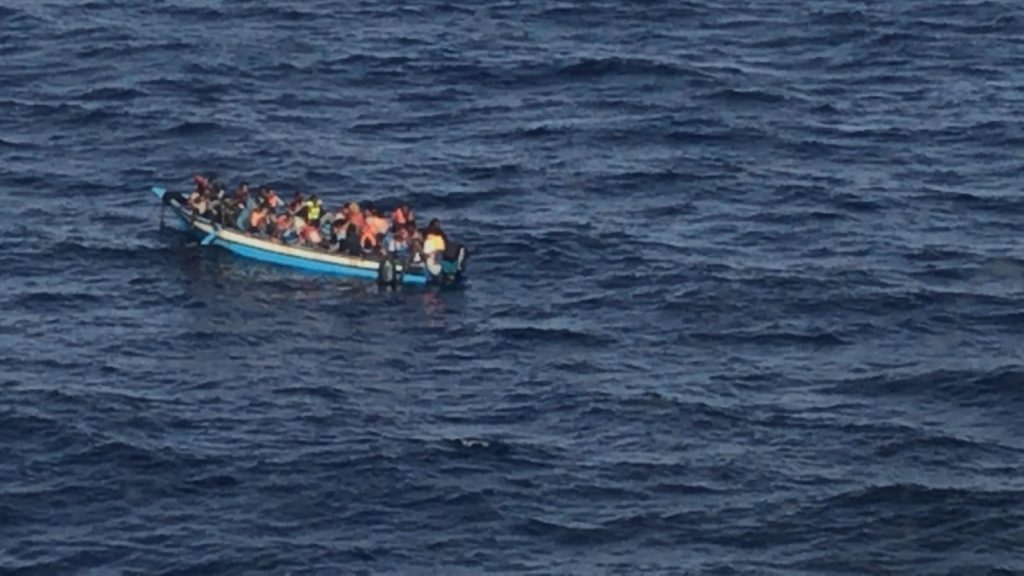 Over the past four days, the WatchTheMed Alarm Phone has collected information that strongly suggest that a boat carrying 40 migrants from several African countries seeking protection in Europe was illegally transferred into Tunisian territorial waters after having already reached international waters and the Maltese Search and Rescue (SAR) zone. Among the group are eight women, two of whom are pregnant. The wooden boat had left from Libya and was rescued on Friday the 13th of July north of the oil platform Astrat in international waters and in the Maltese SAR zone by the supply vessel Sarost 5. MRCC Tunis as well as the crew of the supply vessel confirmed the position of the migrant boat in the Maltese SAR zone. Both Malta and Italy denied the supply vessel permission to disembark the migrants in Maltese and Italian harbours.

The migrants are still in limbo. After rescue, they were provided with some food and brought to the oil platform. Later, the supply vessel took course on Sfax/Tunisia to disembark the people there. The authorities of Sfax, however, refused to allow them to disembark. They were then told to disembark in Zarzis/Tunisia. But since Monday the 16th of July, at 1am, they are also blocked from entering the port there.

Update 26. 07.2018: It has been two weeks now and the 40 people on board of Sarost 5 are still stranded at sea. The Tunisian Red Crescent visited the boat and reported that two pregnant women were in dire need of medical attention and would have to be disembarked immediately. Malta is stalling and still not stepping up to its duty mandated by international law to provide a safe harbour on its land when it fails to find a safe harbour elsewhere.

We called EU citizen to action: read our call in English, German and Italian.

So far, we have collected six video testimonies from different people on board of the supply vessel Sarost 5:

+++A new testimony from Sarost5+++Nothing changed after 10+ days drifting at sea. People on board need medical attention and international protection, which they were denied after Malta send them back to Tunisian territorial waters. We urge EU countries to stop playing political games and ping pong with people's lives and provide a safe harbour right away. Join us in this urgent call by sharing this video.

It has been 15 days and Malta is still failing to find a safe harbour for the 40 people stranded at sea on Sarost 5. We urge Malta and its prime minister Joseph Muscat to step up to their legal and moral obligation of providing a safe harbour on Malta's land.

This is a testimony from another woman on board #sarost5; The Red Crescent visited the pregnant women on board and reported that they need to be disembarked immediately. #Malta failed so far to find a safe harbor and it should provide one on its land. This game with people's lives should have ended 14 days ago.Join our Call to Action to alleviate the suffering of these people:English: https://goo.gl/MK9m9NDeutsch: https://goo.gl/gD4cx8Italiano: https://goo.gl/ZzKReBSea-Watch Doctors Without Borders/ Médecins Sans Frontières (MSF) MOAS Proactiva Open Arms

In an additional written testimony, N., a 26 years old woman on board of Sarost 5, told Alarm Phone the following about her situation today and her horrifying experience in Libya:

“We were saved from the water two weeks ago. We came from Libya. I was in Libya for a year and a half. I was in three different prisons. In the third one, they brought us to the sea. Our eyes were covered. They put us into a small boat. Then, someone took me out the boat and the boat left. They brought me back to prison. Then, they beat me up. They hit me so hard. I have scars all over my feet, I am still suffering from the consequences of that. Since a year, my feet are still in pain. It’s not over. Please help us. We are totally lost here. The Sarost 5 crew are trying their best, that’s why we are still alive. But we are begging for help because things here are not OK. We have two pregnant women. We don’t eat well: bread in the morning, bread at lunch, bread in the evening. We have already lost so much weight. Please help us.”

In a recent tweet, Mr. Vincent Cochetel of UNHCR thanked Malta for its efforts in saving lives at sea. you can read the tweet here .

For Alarm Phone, this celebration of Malta for doing what is mandated by law is disappointing, especially for an organisation such as the UNHCR that is supposed to promote the rights of refugees. You can read our response here and here .

We reminded Mr. Cochetel that when a state coordinating a rescue in its SAR zone fails to find a safe harbour for the ppl in need, that state must provide for their disembarkation in its own territory. We asked Mr. Cochetel, how long the people on board of Sarost 5 have to wait before they find a safe place to disembark, 10 days? a month?

We demand that the people are safely and immediately brought to a safe harbour in Europe. We demand that European coastguards take responsibility for coordinating Search and Rescue operations of boats in situations of distress in their Search and Rescue zones, as legally mandated. We demand a long-term solution that allows those in distress at sea to be swiftly disembarked in European harbours, rather than the case-by-case evaluations that we currently see, which unnecessarily prolong the suffering of those rescued. We also declare our solidarity with the crews of non-governmental and commercial vessels that carry out vital search and rescue operations despite the obstacles that European governments create. 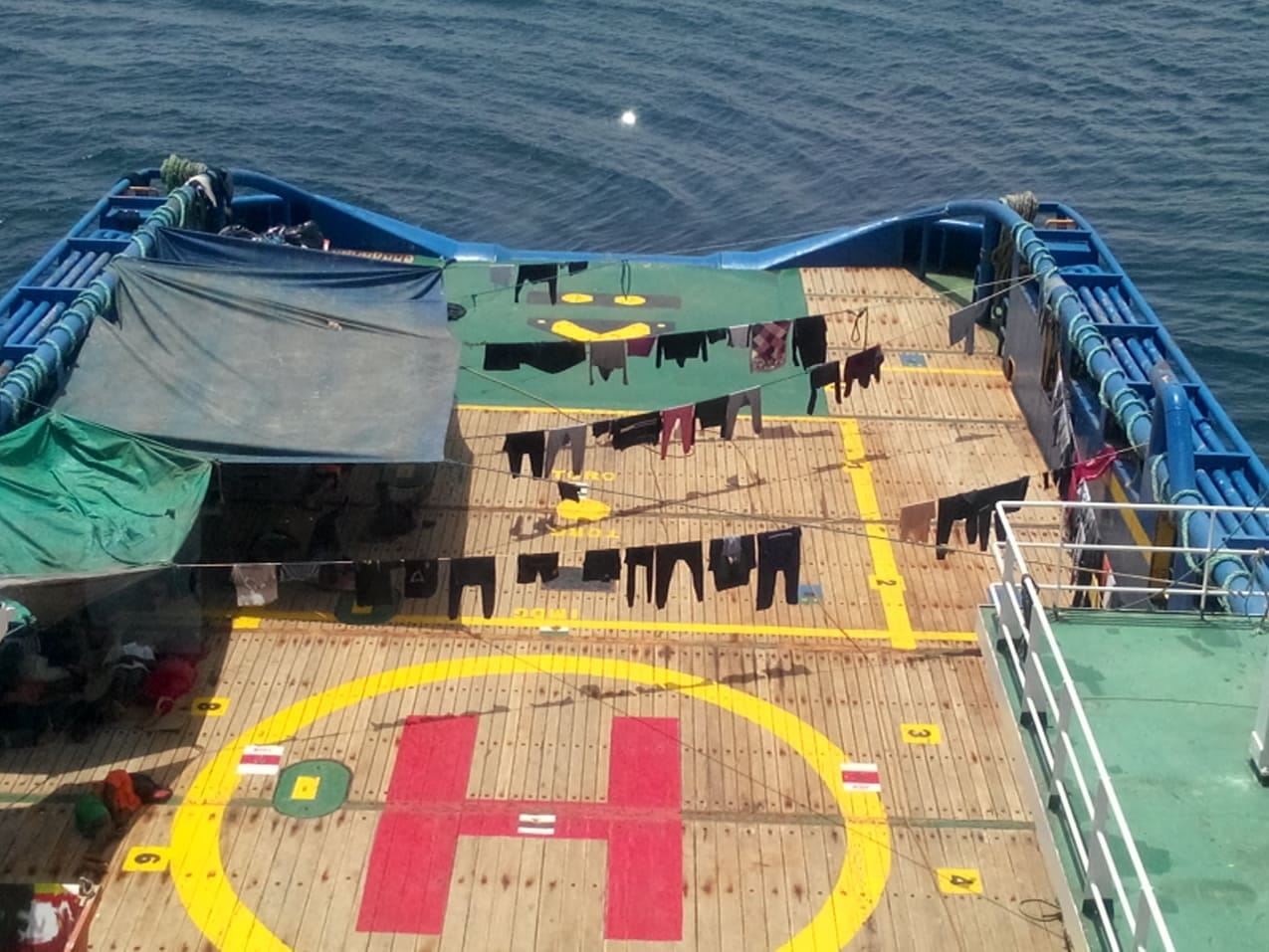 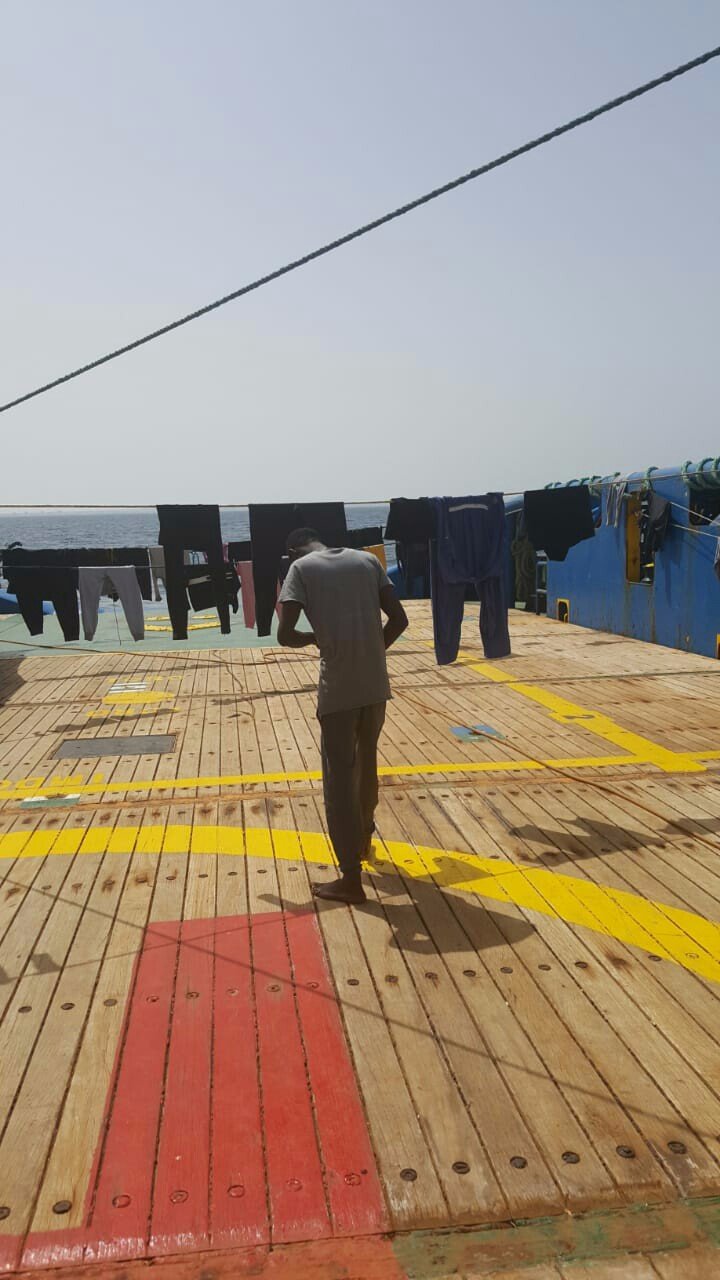