The Covid-19 Excuse: Non-Assistance in the Central Mediterranean becomes the Norm 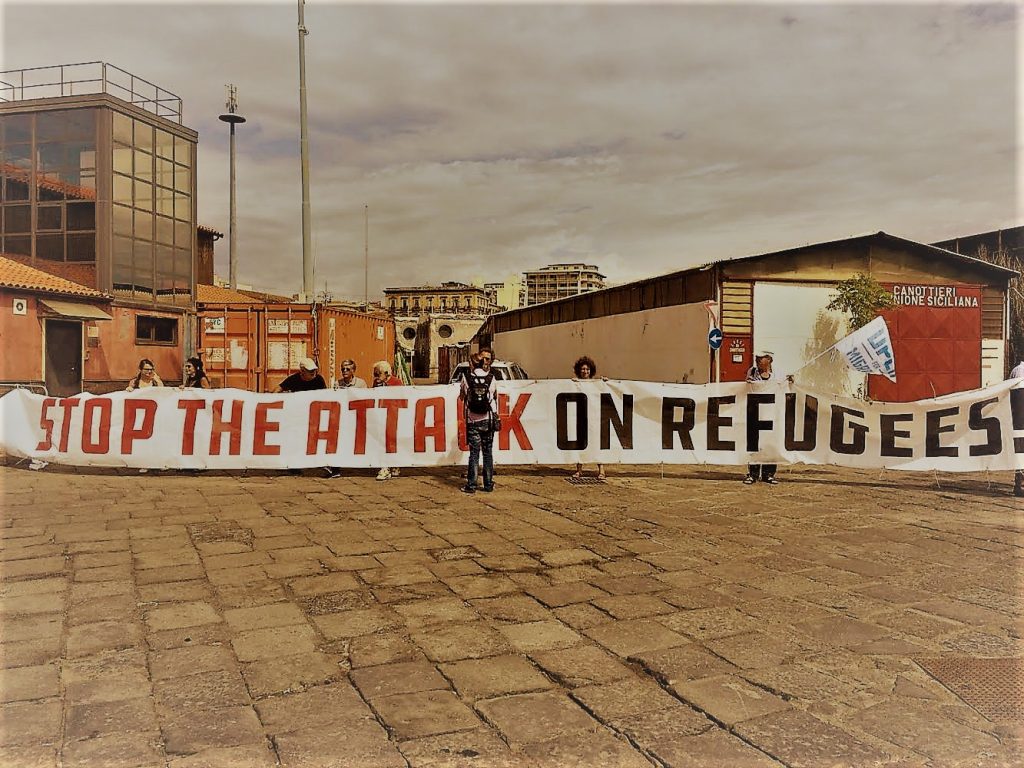 The Covid-19 pandemic has allowed states to enact emergency measures which curtail the right and freedom to move, within Europe and beyond. While some measures seem justified in order to contain the spread of a dangerous virus, European authorities have used this health crisis to normalise the already existing practice of non-assistance at sea. In the central Mediterranean, the consequences are particularly devastating. These measures, implemented in the name of ‘saving lives’, have the opposite effect: people are left at serious risk of dying in distress at sea. Under the veil of the health crisis, European authorities are carrying out racist border security policies that make sea crossings even more dangerous and deadly.

Over 1,000 people try to escape Libya in one week

In only one week, 5-11 April 2020, over 1,000 people on more than 20 boats have left the Libyan shore. The Alarm Phone was alerted to 10 boats in total, two of which were rescued by Alan Kurdi on 6 April. Over 500 people are reported to have been returned to Libya within merely three days. Some of the survivors have informed us that six people drowned. Many of those returned were kept imprisoned on a ship at Tripoli harbour. Moreover, the fate of some boats remains unclear. At the same time, we have also learned of several other boats that reached Italy autonomously, arriving in Lampedusa, Sicily, Linosa and Pantelleria.

At the time of writing, 14.30h CEST on 11 April, four boats are still in severe distress at sea. The Armed Forces of Malta refuse to rescue a boat in the Maltese Search and Rescue (SAR) zone. The people on board tell us: “People are without water, the pregnant woman is so tired, the child is crying, so thirsty. Please if you don’t want to save us give us at least water.”

In the central Mediterranean, a dangerous rescue gap is actively being created. European coastguards and navies, as well as the so-called Libyan coastguards are stating that they will not engage in SAR activities. One civil rescue boat, the Alan Kurdi, was able to rescue two boats in the current good weather period. However, with 150 people now on board, they are searching for a Port of Safety and cannot carry out further operations. All other rescue NGOs are not allowed or unable to carry out SAR operations.

For the Alarm Phone, the greatest challenge is the systematic withdrawal of European authorities from the central Mediterranean area. We have documented several scandalous delays and even acts of sabotage at sea. One of the boats that reached out to us was rescued by Italian authorities to Lampedusa only after it had fully crossed the Maltese SAR zone, with the Armed Forces of Malta refusing to intervene. Another boat already in the Maltese SAR zone with 66 people on board was rescued only after about 40 hours. The people on board told us that the Armed Forces of Malta tried to cut the cable of the engine, telling them: “I leave you to die in the water. Nobody will come to Malta.”

We have experienced irresponsible behaviour by European authorities in all distress cases that have reached the Alarm Phone. Routinely, the so-called “Rescue Coordination Centres” hang up the phone, refuse to take down new information, or are not reachable for hours.

“Libya is worse than the Corona virus”

We call on all European authorities to cease endangering the lives of people who seek to escape torture, rape, and war in Libya. Despite the Covid-19 crisis, Europe is still safe compared to Libya and has the resources to carry out vital SAR operations. People trying to flee from Libya are aware of the danger of crossing the sea and the spread of Covid-19 within Europe. Still, as they tell Alarm Phone: “Libya is worse than the Corona virus.”