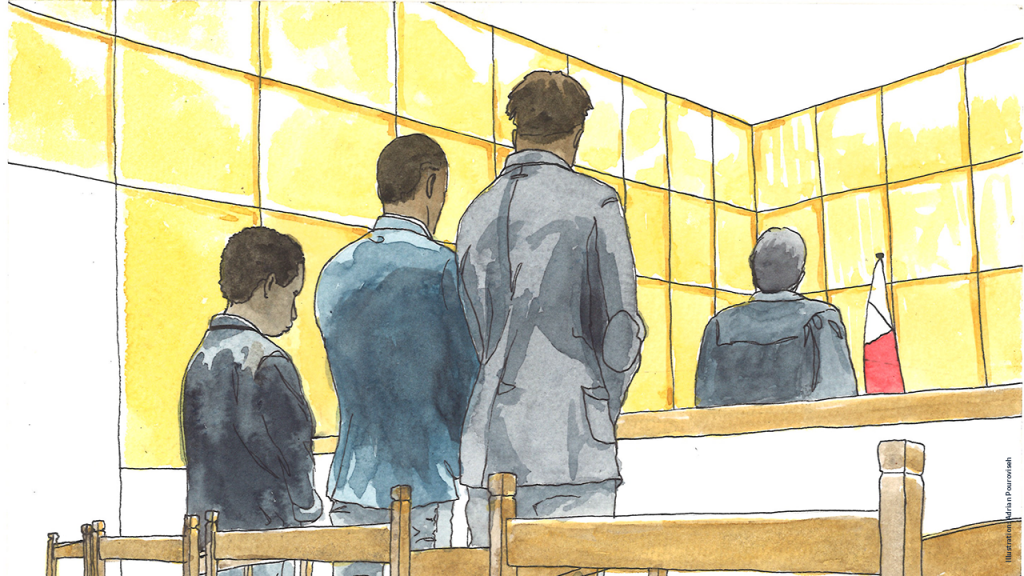 Resisting illegal push-backs to Libya is not a crime!

One year ago, a rubber boat with over 100 people on board left the coast of Libya to reach safety in Europe. Although they were found and rescued by the merchant vessel El Hiblu 1, its crew was ordered by European authorities to return the rescued to Libya. Through a collective protest on board, the 108 rescued people averted a push-back and prompted the crew to steer toward Malta. During the protest, nobody was injured and nothing was damaged. In public, they were described as ‘pirates’ and ‘terrorists’ but when the Maltese military stormed the vessel, they only met humans who were looking for protection.

Upon disembarkation in Malta, three teenagers of 15, 16 and 19 years of age, were arrested and accused of several crimes, including terrorism. “We escaped tyrannical and inhumane treatments in Libya to find life in Malta”, says one of the three. Instead of finding what they were searching for, they were imprisoned for nearly eight months. Although they were released on bail in November 2019, the El Hiblu Three are not free. They still face severe charges that could result in years in prison.

Lucia Gennari of Mediterranea explains: “European authorities should never instruct shipmasters to bring rescued people back to Libya since this constitutes a clear breach of international law of the sea and a grave violation of fundamental rights.” Jelka Kretzschmar of Sea-Watch emphasizes: “The attempt to avoid being pushed back has to be considered an act of self defence and a way to protect life which can’t legitimately be punished.”

“The three teenagers should be seen as heroes – they prevented 108 survivors from being returned to inhumane conditions in Libya!”, Maurice Stierl of Alarm Phone adds.

Find more information and our short documentary on the campaign website: https://elhiblu3.info/